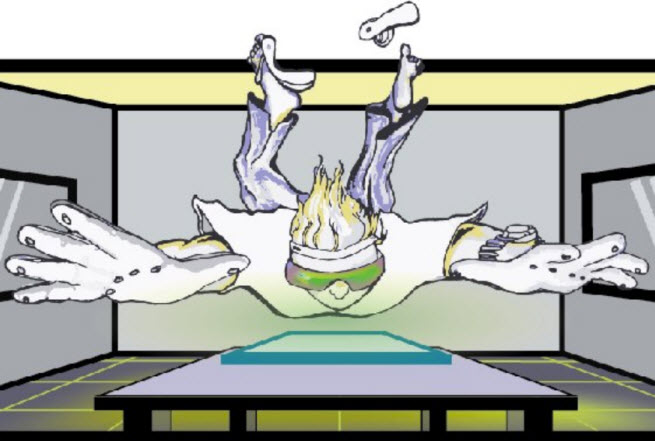 Neurogaming is set to disrupt the gaming industry and transform the gaming experience over the next five years. It will ride a wave of inexpensive sensors, ridiculous processing power, fast bandwidth and amazing design talent. Prepare for whole new landscapes of fun and fear.

In the famous words of William Gibson, author of the epic Neuromancer saga, “The future is here, it’s just not evenly distributed yet.” Similarly, many of the technologies that make neurogaming possible are here, they just aren’t tied together yet. There are growing indications that 2013 will be the year neurogaming technologies will begin to coalesce, creating the bedrock on which the sector will flourish for years to come.

Neurogaming is ideally suited to take advantage of output technologies like augmented reality, virtual reality and haptic sensation systems to make entirely new gaming experiences possible. Neurogaming allows game designers to better understand and control the experience of their players, and therefore create games that push the boundaries of reality in ways that haven’t been seen before.

Gaming has always been severely limited by controller input, resulting in basic move, jump, hit and shoot games.  This limited vocabulary of inputs drove limited game play. It’s only been with the advent of motion and gesture control that we’ve begun to break new ground.

Driving the future of full body motion control are the familiar faces of Nintendo’s Wii, Sony’s Move, Microsoft’s Kinect. Expanding the boundaries of multi-dimensional control even further is Sixense with it’s 6-axis controller called Razer Hydra which has been integrated in the games like Portal 2 to allow users to easily drag, move and rotate objects in space.

As sensor costs plummet, expect to see motion sensors from companies like Leap Motion multiply in the gaming environment as they capture ever finer gradations of movement, from your fingertips to your facial expressions, all focused on improving game play accuracy and expanding the potential experience space.

But this is only the start. Already, companies like Neurosky and Emotiv have pioneered brain-based controllers using EEG (electroencephalogram) neurosensing technology, making it possible to drive specific actions just by thinking or changing one’s facial expressions. For example, players can smash boulders by concentrating or scare away demons with angry facial expressions. And while this technology is still in its infancy more players like InteraXon are entering the space as designers as diverse as Mattel, Canada’s Personal Neuro Devices, and Japan’s NeoComimi begin to incorporate brain wave data with other social, local and mobile advances to create profoundly novel experiences.

Voice will play an important role in the neurogaming experience.  Whether it’s basic voice communication among real players using Xfire’s voice chat channel or direct voice control as with BioWare’s Mass Effect 3, it’s clear that voice and vocal communication has an important part to play in our multi-sensory gaming future. For example, sensors that pick up on changes in your voice tone and pitch as you give commands, might drive your squad to react differently depending on how the command is given.

Another exciting area of development is emotional neurogaming technologies. While one-third of gamers say that emotions are already quite important to the gaming experience, future expectations are even higher with over two-thirds of all gamers expecting games would equal or surpass the emotional impact of books, movies and music in the coming years, according to a study conducted by Bowen Research.

Companies are using a variety of techniques such as analyzing facial expressions, changes in skin conductance level, and eye-tracking to understand emotional reactions within the game design process. Imagine going beyond click tracking to measure attention and engagement at a far deeper level. Keep an eye on SMI Vision, iMotions, and Affectiva with their Affdex and QSensor technologies. Major game producers like Valve and Activision Blizzard are already using emotional modeling tools like these, and it’s only a matter of time before these technologies move out of research labs and into the real gaming world as drivers of actual game play.

Innovation often comes from small companies. Small developers like Thatgamecompany, GameFace.Me, and Bagooba are already heavily focused incorporating a variety of emotions into the gaming experience. Think of the new emotional control system possibilities going forward; imagine you’re stalking your prey in a squad, you react to the fear or anger of those around you, which changes the effectiveness of your squad in combat – it’s just like real life.

Want to play better and smarter? Then keep an eye on the cognitive neurogaming space. Who needs auto-aiming when you could use direct neurostimulation? UK’s Foc.us is looking to boost playing performance by using sniper technology developed by the US Army. Their gorgeous and easy to use transcranial direct current stimulation device literally zaps your head with a miniscule electric pulse (which you can’t feel) during training to help make your brain more susceptible to learning. Applied to gaming, it will create an arms race among players looking for competitive advantage. This is Mihaly Csikszentmihalyi’s Flow taken to new heights!

Other cognitive gaming companies are gaining momentum too. Recent findings in neuroscience are driving Lumos Labs’ gamified web software to boost individual memory performance while Advanced Brain Monitoring is developing accelerated learning systems for use in a variety of environments.

In addition, companies like Intific are opening their cognitive modeling software for broader user by the gaming community while other startups like Neurotrek are developing even more robust ways to improve game players attention via ultrasonic stimulation. While it’s far from clear how the cognitive technologies will play themselves out, it’s hard to imagine a future where they aren’t adopted en masse, as they begin to prove their worth.

Along with new sensory, emotional and cognitive inputs, there are also companies focused on using behavioral analysis to make better games. Today, lots of gaming analytics companies are focused on this area.  Taking the big data approach in game design are companies like Zynga. On the other side of the behavioral technology spectrum are companies like Riot Games, who have in-house behavioral psychologists developing models to track player behavior that suggest ways to reduce trolling behavior in games like League of Legends.

While mobile screens and flat screens dominate our visual senses today, it won’t be much longer before our eyes get hit with full new flavors of visual amazement as augmented reality and virtual reality output technologies finally hit the mainstream.

Google’s Project Glass already has game designers chomping at the augmented reality bit. Project Glass is a head mounted display that highlights information in a hands-free way driven by sense and voice commands. While still in early development it holds very interesting promise for the gaming community.

Virtual reality is becoming real too. Hot products like OculusVR’s immersive 110 degree, ultra low latency head tracking headset as well as Atlantis Cyberspace’s battle hardened virtual reality platform are here now. Looking a bit further, the convergence of augmented and virtual reality into mixed real world immersive gaming will leave us all wondering: “Is it real, or is it Memorex?”

Haptics has deep roots in industry and gaming. New work by Disney Research is being used to give players direct sensation feedback through haptics gloves and seats. The Vybe Haptic Gaming Pad designed for Marvel Avengers gives your whole backside the feeling of movement such as when turning a tight corner or falling down a hill. Other possibilities are easy to imagine.

We are still just scratching the surface of neurogaming, but it’s obvious from conversations with leading game design thinkers from shops like Playmatics, LudusLab, SailByte, ShuffleBrain, XEODesign, and Engine Co. 4 that there is broad interest in accelerating the neurogame design discussion. Thought leaders are working to understand, visualize, show, and tune the interactions of an ever-increasing number of tools and systems.

While neurogaming technologies are exciting, it will take time for designers to learn to use them well. New techniques embedded in social games and gamification started out shallow and manipulative, but eventually improved. Neurogaming is potentially more powerful, which is all the more reason to get the discussion started now, to speed up the development cycles and give the player community the best as soon as possible.

Neurogaming platforms create whole new opportunities for engaging the mind and body. New mechanics will be possible with the convergence of sensory, emotional, cognitive and behavioral technologies. We look for innovation from the established and indie game developer communities to drive use and acceptance. One thing’s for sure, storytelling in a neurogaming environment could be amazingly horizontal and substantially enriched.

The game industry is at the forefront of neurogaming revolution and its impact will be enormous. In addition to creating new avenues of growth in gaming, the industry will also create positive spin off effects in other economic sectors such as healthcare, education, and national defense. Already companies in health space like LimbsAlive, Akili Interactive, Posit Science, Brain Resource, Blue Marble Gaming Company and others are creating viable therapeutic neurogames. Advances in these other sectors will in turn influence the entertainment neurogame developer community, creating positive returns for everyone involved. 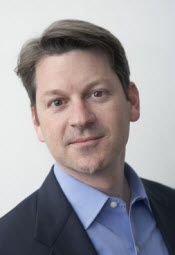 There has never been a more exciting to be in the gaming industry, especially as the future continues to race toward us. As technology accelerates we are at a strategic inflection pointing toward the development of the ultimate in game experiences. Neurogaming represents a broad new segment of the game industry that will drive growth by engaging the minds of million of players in fundamentally new and exciting ways.

We are at the dawn of the neurogaming age, on the cusp of making the impossible possible. To help spark the revolution we’ve organized the first ever NeuroGaming Conference and Expo in San Francisco at the YetiZen Game Innovation Center, May 1-2, 2013. GamesBeat’s lead writer Dean Takahashi will moderate a session. Come join us. We’ve brought together over 40 CEOs from across the neurogaming space to share their insights and show you their cutting edge technologies. And for the game hackers out there, we’ll also be hosting a neurogaming hackfest the weekend prior to the conference to get your creative juices flowing. Let the neurogames begin!