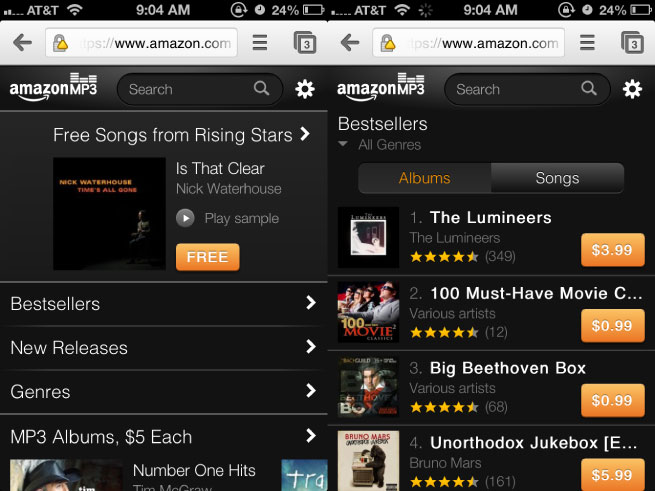 Amazon made the move to challenge Apple’s claim as the largest and most popular seller of digital music through the iTunes store. With several 69-cent singles and $5 album deals, Amazon is already undercutting Apple on price, so now it’s just a matter of making people buy from a mobile website rather than the iTunes app.

As for the mobile web store, it has a slick design that’s responsive to touch-based controls — meaning you can swipe back and forth to see a selection of albums and such. All purchases are immediately available on Amazon’s Cloud music player, which you can download for any iOS device.