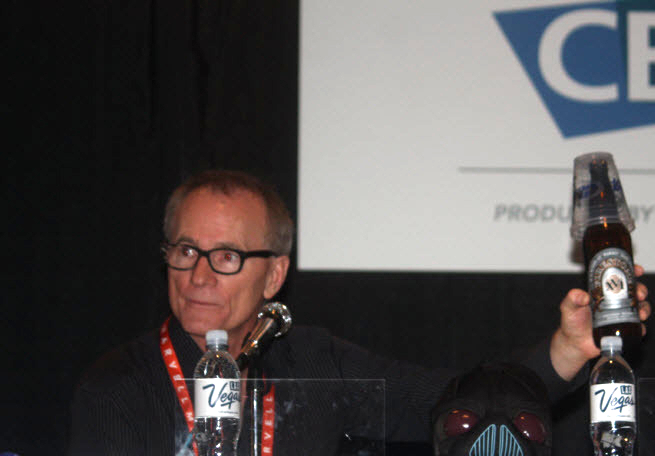 In between the miles of booths at the Consumer Electronics Show, we stopped at the Gaming Summit to listen to a Q&A between Rick Thompson, the gaming investor who co-founded Playdom, and Michael Vorhaus, the managing director of Frank N. Magid Associates research firm. Thompson has had great successes as a tech investor, most recently selling Playdom to Disney for up to $763.2 million in 2010.

He left Playdom in August, 2011. Since that time, Thompson has funded the next generation of game companies, including mobile-gaming firm Funzio, which Gree bought last year for $210 million. He has also invested in Wild Needle (acquired by Zynga for $3.8 million), Idle Games, Red Robot Labs, Grand Cru, Rumble Entertainment, Project Slice, Fun+, Airy Labs, Noise Toys, Viki, Social Shield, Udemy, Triangulate, AdChina, and Iddiction. That probably makes him one of the most active investors in games to date. He serves on the advisory board and is a general partner of Signia Venture Partners. 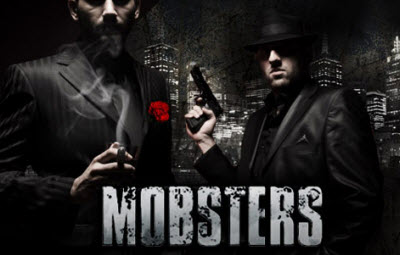 In his interview with Vorhaus, Thompson wasn’t shy. He said that Mark Pincus, the chief executive of Zynga, should give up his supervoting rights that give him control of the social-gaming company. If Pincus does so, said Thompson, Zynga’s stock price would double overnight. Thompson has had the luck of being at the right place at the right time. At Playdom, his team built Mobsters with six people in a week. Within a month, the game was generating $4 million a month.

Here’s an edited transcript of the interview between Vorhaus and Thompson.

Mike Vorhaus: Rick has been spectacularly successful, the founder of many companies with total exits well in excess of $5 billion. Flycast a lot of us remember from the 2000 period, $2 billion dollars there. One of the earliest engineers at Octel, a $2 billion dollar exit. Playdom, which we all know about. Adify, which some of you know about, a statistical ad network. Funzio is Rick’s most recent well-acknowledged success.

I will tell you that Rick does find time for other hobbies. Sometimes for a stand-up paddle board, which reflects the excellent shape Rick is in. He’s a remarkable poker player. Do not play poker against Rick Thompson. So, Rick, how the hell did you get into this whole world? How does a University of California Santa Cruz guy become the founder and entrepreneur of $5 billion worth of companies?

Rick Thompson: How did I get into investing? I remember my first investment. I was 10-years-old. Space was a new thing, the new frontier. I invested in a company called Rocket Research. I saw it double in the course of about six months, and I was hooked. 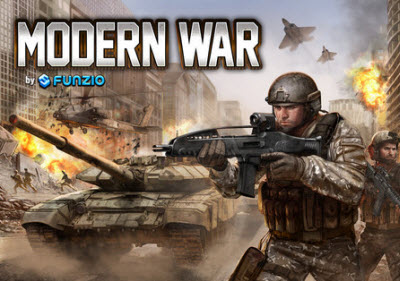 I’ve always had an interest in the markets and the idea of investing. To me, it has some of the same properties of gambling if you will. Making smart bets. But I didn’t get into investing in private companies until I was an early employee at a successful startup. Even though I was employee number three, I didn’t get a lot of options. I started buying options from departing employees and ended up doing fairly well acquiring secondary shares. Obviously, I didn’t have a lot of capital to work with.

My career path was as an entrepreneur. I identified a new platform — a growing market — online advertising, in 1995. Started a company there. Had an exit and had some capital to work with. I started doing some social investing, I would say, investing alongside some friends angel-style. But I still considered myself an entrepreneur. I started up another company, Adify, in 2005. It was at that point I realized that I liked the early-stage startup process. If I spent my time around fundraising and investing, I could also bring capital to the table. Adify was an instance where it was self-financed by the founders. We got follow-on financing.

As a man approaching the middle 50s with a four-year vest, I wasn’t going to get that many new startup opportunities if I did it serially. I started working with really good teams, investing in them. Sometimes bringing the ideas, sometimes investing in their ideas. Helping with capital formation as a founder but not having an investing schedule. That led to a model that we’re now calling the founder-investor model, where we’ll take oftentimes a percentage of the common, provide some debt financing to the company, and be part of that early stage.

Thompson: Yeah. We’re struggling a bit with the name, but we’ve actually settled on founder-investor.

Vorhaus: Are you a super angel?

Vorhaus: Why games? Adify was an ad network. Flycast was advertising infrastructure. But you’ve been in quite a few game companies – six or seven in your portfolio.

Thompson: I didn’t intentionally start out as a games investor. I found myself as one. I invested in a company that was doing applications on the Facebook platform. It was a young, pragmatic team. We looked around and saw what was working. It was pretty clear that there was a big opportunity in games. We had 200 million free users. They wanted games.

We spent one week building a game called Mobsters with six people. We were earning $4 million a month within a week of launch. I found myself in the games business. I gained some insights. My background was online advertising, so I understood customer acquisition, which was a big advantage on Facebook in 2008. As a founder-investor, I didn’t have an investing schedule. I was chairman of the company, but I was also free to invest in other gaming companies.

Vorhaus: Are you a gamer at all? Do you play any games yourself?

Thompson: I play chess. I play poker. My partner Dan Fiden taught me how to play craps last night. I like board games a lot.