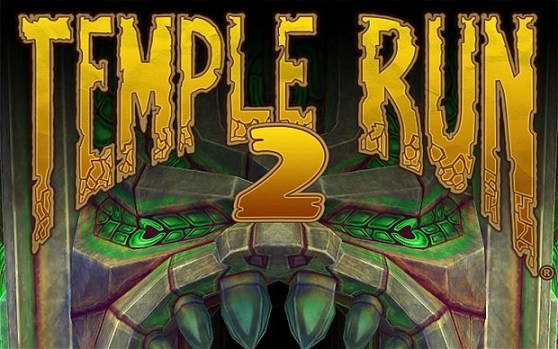 Despite it being based around a premise that has been cliché since the release of Pitfall! 30 years ago, iPhone and Android users have downloaded Temple Run 170 million times, making it one of the few legitimate blockbusters of mobile gaming. It’s even a board game! How many console titles get turned into board games these days?

Now, the developers at Imangi Studios are ready to let you loose in another endless maze in pursuit of treasure you’ll never get with Temple Run 2, but is it a worthy successor or just a dull rehash of something you’ve seen countless times before?

A little bit of both, actually.

It’s more Temple Run
Despite its popularity, the original Temple Run was hardly unique. You can’t throw a dollar at the App Store or Google Play without hitting a dozen games where you run toward an unreachable goal while collecting some form of currency along the way. What set Temple Run apart was its simplicity. It dropped you into an ancient temple with only one specific goal: run from the evil demon monkeys that are chasing you. To do this, you swipe left or right to make turns and up or down to dodge obstacles, and you tilt your device to guide the protagonist (Guy Dangerous) through strings of golden coins that you can use to buy upgrades between runs.

Temple Run 2 changes barely any of this. OK, you are now fleeing from one giant demon monkey, the graphics look a lot nicer, and there are a few new types of paths that change things up (more on those later), but the game is essentially the same. Swipe to turn or dodge, tilt to get coins, use your spoils to buy upgrades, and then run again to try for a higher score. This is the best route Imangi could have taken, and it calls to mind the “if it ain’t broke, don’t fix it” approach to sequels that has worked well for titles like Left 4 Dead 2 and, well, almost everything Nintendo has ever done.

Also, like its predecessor, Temple Run 2 is free to play in the best way possible. The things you can spend real money on — coins and gems (which upgrade your power-ups and can grant you extra lives) — are both readily available in the game itself, meaning you only ever need to pay for something if you’re lazy and want to unlock things without earning them (which isn’t too hard, anyway). 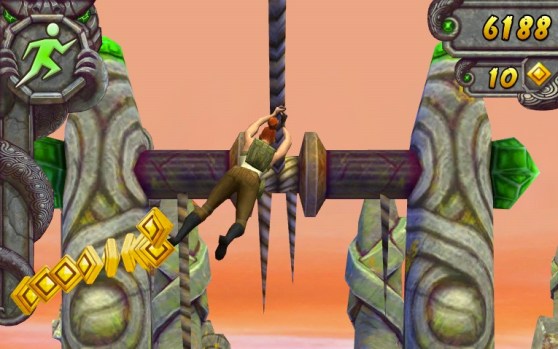 Characters and power-ups
Temple Run 2 doesn’t have any new unlockable characters — in fact, it has fewer than the original does — but each one comes with his very own special ability that you can trigger in-game after collecting a certain number of coins. The vanilla explorer Guy Dangerous can activate a shield that will protect him from running into things for a short time, Scarlett Fox can use a speed boost, Barry Bones (I assume he’s a forensic anthropologist who plays baseball) gets a 50-coin bonus, and She-Ra cosplayer Karma Lee gets a 500-point score bonus.

These special abilities are easily the most useful new addition as they allow you to tailor the experience to give you more effective power-ups more often. Instead of stumbling on a magnet item (which draws coins to you), you can trigger one when you see a big chain coming up or use the boost ability to quickly pass through a difficult stretch.

More diverse paths
The original Temple Run was all about straight lines and 90-degree turns. Sure, sometimes you’d jump off the stone temple floor onto a raised platform of mud and wooden planks, but nothing was really different about it. The sequel shakes all of that up with revolutionary concepts like hills, valleys, and gradual curves. While running over a hill is no different from running across a level platform, it does make the game more visually interesting. It sells the idea better (if only slightly) that you’re running down a path carved through natural environments instead of just a maze floating in space.

The developers have also included two completely new path types: zip lines, which are basically opportunities for you to take a breath since you won’t run into any danger on them, and minecart rides (apparently Imangi finally got around to seeing Temple of Doom). The minecart sections are the best part of Temple Run 2 as they’re totally different from the other areas (if you count tilting to turn instead of swiping as being “totally different”). They simultaneously cleanse your palate from running and make gameplay momentarily way more intense since the cart moves faster than you do on foot and approaches turns with much less warning. 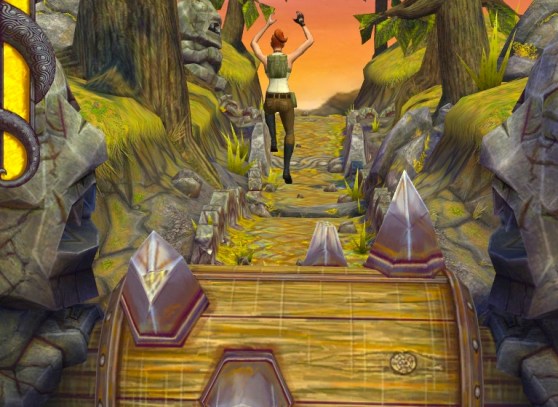 More complicated paths
Of course, the problem with introducing new paths that are more diverse is that they are also more complicated, and that means sacrificing some of the simplicity that was one of Temple Run’s greatest strengths. For example, as you head down the curved sections, the camera will turn slightly and make it a little harder to tell which side of the path you’re on. It gets easier with practice, but it can still be disorienting enough to make you hesitate a split-second longer than you would otherwise.

Also, some path sections seem explicitly designed to trick you into missing turns, which is more unfair than the normal fire-breathing statues and low-hanging branches that Temple Run usually throws at you. Making gameplay more difficult by subverting your expectations of the type of obstacles you’ll face is a good thing, but this presents you with the same obstacles and then drops the floor out before you have a chance to react.

Same Sisyphean torture
So Temple Run 2 is essentially just more Temple Run, and while that’s mostly a good thing, it does mean you’re going to spend even more time sprinting down the same never-ending road that you’ve seen a million times before (in this and similar games). Maybe it has some new hills and minecarts, but at the end of each path, you’re still going to fall to your death or get killed by a demon monkey and then start the whole thing over again. As fun as it is, you’ve seen it all before. 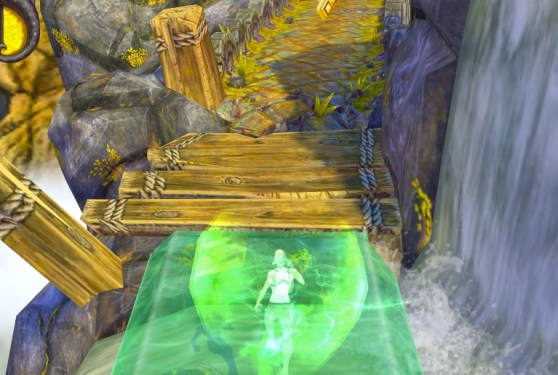 For the sequel to one of the most successful mobile games in recent memory, the developers of Temple Run 2 took a safe approach: more of the same. Sure, it has better graphics and a new power-up system, but at its core, it’s a lot like the original. These small additions are good for the most part, but they do sacrifice some of the elegant simplicity that made Temple Run so much fun. In the end, Temple Run 2 is at least as enjoyable as its predecessor, but it doesn’t feel new enough to be the next great mobile-gaming sensation.

Temple Run 2 was released on the iOS App Store on January 17, 2013, and will be coming to Android platforms soon.