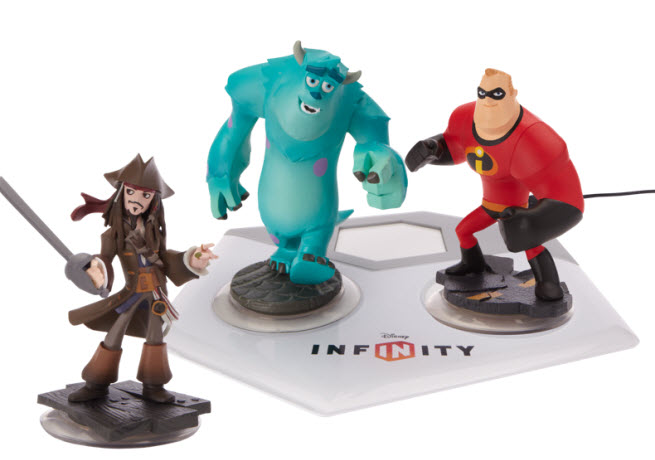 Toy war. It sounds like a title for a game or a movie. But it applies to the business competition between Disney and Activision Blizzard that erupted this week. You might call it the first major “transmedia” war between two heavyweight entertainment companies that are both deeply involved in video games. The winner will be able to stake out a leadership role in the cross-platform worlds of toys, video games, mobile apps, and online universes.

In short, the victor will carve out a toy-game empire.

On Tuesday, Disney unveiled its Infinity interactive gaming platform, which pulls together characters from Disney and Pixar into the world of digitally connected toys and games. It is a direct challenge to Activision Blizzard’s Skylanders franchise, which generated $500 million in retail sales of toys and video games in 2012. Who is going to win? In this battle, brands, marketing, technology, and gameplay should set apart the victor and the loser. 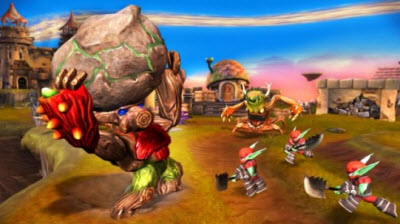 Both companies are bringing toys to life in the virtual environments of games across consoles, mobile and online. The toys serve as storage devices, keeping a gamer’s custom data for use in the game. And players can unlock the game and characters from a number of platforms. Activision has a head start. It said that its toys are outselling both the Transformers and Star Wars lines of action figures. That’s a shot across the bow for Disney, which now owns the Star Wars brand. (Hasbro currently produces action figures under the Star Wars license.)

Based on Skylanders’ positive reception, Disney’s Infinity could very well be a huge driver of demand across different marketing channels. Kids (and adults) already love the Disney and Pixar characters, and this Infinity platform will give them multiple ways to engage with those characters. They can play with them in the home, at a friend’s house, or on the run with a mobile device. The market demand for one character will pull consumers into getting the same character on a different platform.

Technology is making it possible. The Disney and Pixar characters (starting with Captain Jack Sparrow of the Pirates of the Caribbean, Sully from Monsters. Inc., and Mr. Incredible from The Incredibles) stand on power discs that connect to the Infinity platform. That seems an awful lot like the Portal of Power that the Skylanders connect to.

Skylanders use a cheap radio-frequency identification chip — much like the ones in employee badges that unlock company doors — that interacts with a reader in the portal. Disney’s Infinity, which arrives this June, probably uses a similar technology for data transfer, and it can connect with a computer or console via a USB port. Players use this tech to drop in or drop out, shifting from one character to another quickly simply by moving a character onto the platform. These portals provide the basic connectivity and storage of saved games. But I expect new technologies to come into the platforms over time.

Disney has the advantage of having bigger brands, with scores of characters to churn out that any child would recognize. The Skylanders had the advantage of novelty, but they’re definitely less memorable. Either side could spend a lot of money to publicize its characters, but Disney definitely has the upper hand in marketing muscle. Activision will have to accelerate its plans to update Skylanders. Already, its Toys for Bob game studio in Novato, Calif., is working at a punishing pace, having launched two major games in 10 months. Now it will have to come up with something new again. Disney, meanwhile, has huge resources to bear as it tries to be a fast follower.

Can startups play in this game?  Certainly, Disney and Activision have upped the ante. If you have just a toy business, or a game business for kids, you’ve been disrupted. San Francisco-based Nukotoys labored for years before it debuted its hybrid of physical card games with mobile games on an iPad. Nukotoys may get swamped by Disney and Activision. But Nukotoys has brands of its own. It teamed up to deliver card games based on the Animal Planet and Monsterology.

The scary thing about this transmedia business is that the bets are huge. And the consequences of failure are tremendous. If you fail, you don’t just fail in one business. You can bring down a whole franchise across multiple platforms. That’s why this competition between Disney and Activision will be so interesting to watch.