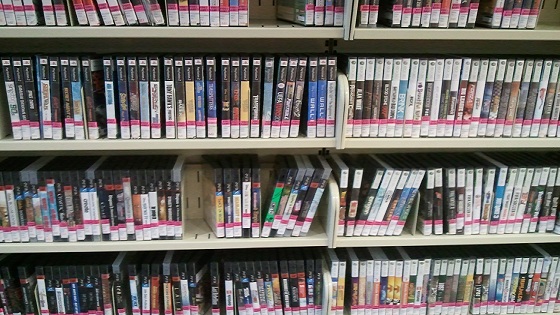 Walk into any public library and, of course, you see books, reference materials, newspapers, magazines, and all types of the printed word. We might also see comic books, manga, and less traditional “literature.” These days, we encounter film, television, music, internet-connected computers, and other digital media. But video games?

Libraries lend video games, and they have been for some time. Some folks might think video games have no place in public institutions. Some articles on the web assume that readers will cringe when they hear that this is happening.  Libraries and librarians, however, seem to overwhelmingly support the practice.

The American Library Association endorses video gaming, placing these in a similar class to board games. The association is clear about whether kids should  play video games in libraries: “Video gaming at the library encourages young patrons to interact with diverse peers, share their expertise with others, including adults, and develop new strategies for gaming and learning.”

Video games are yet another way for kids — and adults — to learn and to interact socially. “Learning a new set of rules, learning new symbols, and reading the text that comes with some video games and RPGs is just as much of an educational effort as reading a book. It’s different, mind you, but still valid. One certainly doesn’t replace another,” said Emily Reeve, a librarian based in Denver.

“Gaming in libraries, whether it’s sitting at a computer playing a video game online or playing a board game with friends, is a sociable experience, especially for kids,” she said in an e-mail conversation with GamesBeat.

Modern libraries, she said, are becoming more about public space than just about books. The concept of what a library is continues to evolve, with in-library coffee shops, teen spaces, early literacy programs, and new media collections all a part of this conceptual idea of public space at the library. Video games are a logical extension of this, with parents interacting with their children to choose the right games for their children and then connecting with library staff to get help. “It’s definitely in the interest of libraries to meet the needs of the community and engage and create relationships with community members,” Reeve said.

“Libraries hit a turning point when they made the decision to start including popular media in their collections,” writes Brian Mayer at Library Gamer. “By doing so, they shifted their collection development practices to be more inclusive of what their patrons want, embracing the desires of the community.”

As with many new media, beginning efforts are often met with concern — or outright fear, leading some libraries to hold off on offering video games.

“Games deserve their place among the other significant cultural media of our time, on par with television and graphic novels,” said Dr. Guy Berthiaume, the CEO of the Bibliothèque et Archives nationales du Québec (BAnQ). In a post on CultMontreal, he says that providing video games can help teens understand that the library is a place for them as well.

Reeve agrees and takes this a step further, saying that public libraries exist to serve the needs of their communities. “Just like providing Internet access allows patrons free access to more information, providing access to media allows patrons access to additional material to improve overall literacy skills,” she said. “It’s just another format, another way of engaging people whether it’s viewed as pure entertainment or not.”

Budgets, not copyright, the real issue

But what about copyright issues? Lending games to one patron at a time doesn’t seem to violate any end-user license agreements (EULA), says Reeve. “As I understand it, libraries can circulate video games like other media items under the assumption that the games are legally purchased and are used by one person at a time. Libraries, and librarians, are not responsible if items are illegally reproduced no more than an individual lending an item would be.”

Public exhibitions of multiplayer games, like the Guitar Hero (Activision) or Madden (Electronic Arts) series of games, however, may need special licensing or added agreements with publishers, according to an older article in the School Library Journal.

“A library looking to host an event like you’re describing for a licensed game would need to contact EA for a separate agreement,” said  John Reseberg, the senior director for EA Corporate Communications.  “However, it is something of a nonissue – we look at each request individually, but an event of this type, as long as money is not changing hands, would typically be approved.”

Ultimately, providing video game lending is no different from collecting movies, board games, or other recreational items other than books. It could even bring in new patrons who might not otherwise visit a public library or apply for a library card. “Publishers have picked up on the trend of gaming and provide gaming guides and some have even developed fiction based on particular gaming universes,” said Reeve. “If libraries are willing to collect these items, people will check them out. Of course, simply getting people within the walls of the library can remind them of books or movies and other items or services they might be interested in.”

Whether your library has video games to check out may come down to its budget. It seems, then, that while most librarians and academics don’t have a problem with libraries lending video games as a general rule, the budgets for public libraries are still shrinking. Adding a comprehensive gaming collection to an already overstressed library budget could be a hard sell. “With public library budgets being unstable in recent years,” said Reeve, “it’s irresponsible to start developing a collection without secured and continued funding.” Collections must include current games, and they need to work on systems that patrons have in their homes; collections must have working copies, with the inevitable replacement costs well in hand.