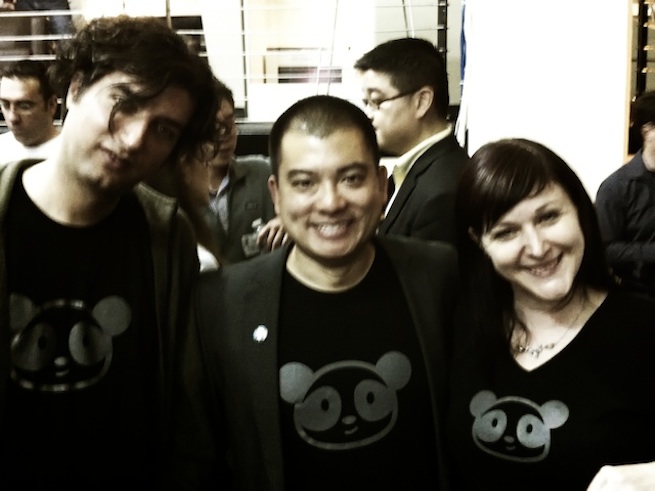 Frankly, tech incubators are getting too ubiquitous for their own good. Why do we need yet another Y-Combinator or 500 TechStars imitator?

But when Silicon Valley’s newest accelerator, Alchemist, launched its first class of startups this week, investors opened their check books.

The startups that have been selected for the first class are far from sexy — unless a “software-defined infrastructure platform for heterogeneous computing” does it for you — but they’re all generating revenues. What they have in common is that they target their products at businesses, not consumers.

Ravi Belani, the program’s managing director, has introduced the program at the perfect time. Part of Alchemist’s appeal is that investors are wary of consumer-facing mobile apps and social games, which have millions of users who won’t fork over a dime. As a result, this year’s hot investing targets are business-to-business (“B2B” or “enterprise”) startups.

General Catalyst is just one of the venture capital firms that is keeping a close eye on Alchemist’s seed-stage startups. “Incubators have historically worked well in the consumer internet space,” noted Deepak Jeevankumar, an enterprise-focused VC at the firm. “With the right access to mentorship and design customers, Alchemist is well-positioned to guide enterprise startups,” he said.

Already, Andreessen Horowitz, Citrix’s Accelerator, True Ventures, Greylock Partners, and Founders Fund have invested in the program’s startups. Alchemist provides the startups with about $30,000 in initial funding, which is a larger sum than alternative programs such as Y Combinator.

“I think what Ravi is doing is exceptionally interesting,” said Kevin Spain, a partner at Emergence Capital. 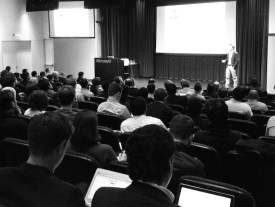 Above: At Alchemist’s packed Demo Day in Mountain View, Calif.

“There’s a real need for enterprise-focused accelerators in the market,” said Spain, explaining that B2B companies have a whole different set of requirements than consumer startups to get their products off the ground.

Lightspeed‘s Bipul Sinha, an investor with a focus on the enterprise, agrees that it makes far more sense for enterprise-focused startups to enroll in an accelerator. In an interview, he said the “product building and sales process” are very different from the consumer space. He added, “there is a need for mentorship and education.”

Belani isn’t surprised that investors have been so receptive. After all, VCs are beholden to their limited partners (LPs), who expect to see solid returns. “It’s fun to build stuff and make money,” said Belani. “And in the enterprise, your first customers will write million-dollar checks.”

During their six months at the accelerator (a typical accelerator program lasts three months), Alchemist connects the founders with chief information officers at Fortune 500 companies, and they learn how to present a compelling sales pitch. Most of the entrepreneurs have a strong technical background, so this education in marketing and business is vital.

To ensure the startups get the attention they need, Belani will only take on 10 teams per quarter. Belani has already raised enough money to fund 90 companies in the next two years, but won’t yet disclose the amount. The big picture vision is to foster a stronger relationship between Silicon Valley’s enterprise tech startups and key decision-makers at Fortune 500 companies. The current class met with top executives at Procter & Gamble, Best Buy, and Dell. 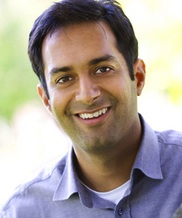 Above: Ravi Belani, the managing director of Alchemist’s Accelerator.

“We have different needs than guys in a garage building a social game,” said Ryan Nichols, founder of Tylr Mobile, a startup targeting sales professionals that raised $500,000 last month. The serial entrepreneur, who spent four years at SAP, saw a lot of value in the program, which fronted about half of his startup’s seed round. “I don’t need business 101 advice, but I’m absolutely hungry for expertise in making enterprise sales and help finding development customers with specific needs.”

Mark Trang, cofounder of Social Pandas (pictured above, flanked by his cofounders), heads one of Alchemist’s venture-funded startups. He said he tapped Belani’s “network of experts,” including former Oracle-on-Demand CEO Timothy Chou and DFJ’s Tim Draper, for advice on hiring, research and development, and PR. With its social tools for salespeople, Social Pandas has already raised a sizable $1.5 million seed round.

Related: In 2013, analysts predict that 80 percent of the companies that will go public are B2B.

When Balani hatched the idea for the new model accelerator, he had no trouble convincing Khosla Ventures, Cisco, SAP Ventures, US Venture Partners, and his former VC firm, DFJ, to underwrite the fund. This is an impressive feat. With a few notable exceptions, said Belani, “Venture funds do not fund another instrument that is funding startups.”

Alchemist spun out of the Harvard Club in San Francisco, where Belani brought in top speakers to meet with talented college students. Likewise, the first batch of startups in Alchemist’s program met with entrepreneurs and visionaries like Adam Pisoni, Yammer’s cofounder and CTO; Melinda Gates; and Box’s 27-year-old CEO, Aaron Levie. 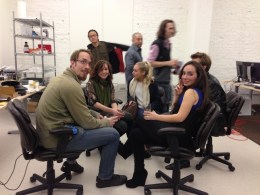 Above: At a launch party for Cambrian Genomics, one of the startups enrolled in the accelerator.

At a recent get-together with the founders, I noticed an unusually large number of female entrepreneurs and developers. In another unusual twist, about half of the class are recent college grads, which suggests that the growing interest in enterprise-technology is permeating the top universities.

Andrea Faz is the twenty-something cofounder of ConnectBright, which offers a directory of reviews of B2B companies. Given her lack of real-world corporate experience, the mentorship was invaluable.

“We all unite on this common ground of innovating the sexiest industry [and that’s the] enterprise,” said Faz.

With an explosion of seed-stage companies, and a relatively steady supply of first-round capital, it seems pragmatic to teach entrepreneurs how to make money. Alchemst’s founders will be in a strong position when they decide to raise, if they need VC funding at all.

In their own words, the first batch of startups are: