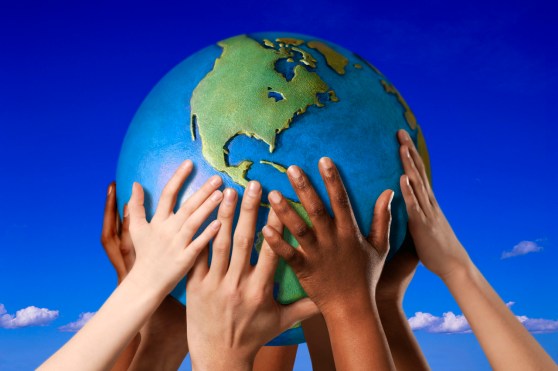 This is a guest post by Bill Bricker, a Big Data sales specialist with IBM.

Martin Luther King Jr.  had a dream that his children would “one day live in a nation where they would be judged not by the color of their skin but by the content of their character.”

While we’ve certainly made great strides towards racial and gender equality, an undeniable gap still remains. According to the Department of Labor, unemployment for African-Americans is more than double that of whites. There’s inequality on the gender side as well:  For every dollar a man earns, a woman makes 77 cents.

I have a dream, too. Admittedly, it’s far less profound than that of Martin Luther King Jr , but it’s nonetheless a vision of what things should look like — a chance to succeed based on merit without bias. Sounds simple enough, but think for a minute what this requires: no racism, no sexism, no affirmative action, no homophobia, and no anti-Semitism.

In a utopian world, admissions, job applications, and investment decisions would be determined by a non-demographically descriptive identifier, such as a Social Security number. Does that sound appealing to anyone? I truly believe that crowdfunding can help us accomplish that vision. Here’s how.

We live in an open, interconnected and “flat” world. But let’s face it: When you look at the global flow of capital, an extremely high percentage of it is controlled by white males in developed countries. Is it possible that, willingly or unwillingly, those that control the money are perpetuating a loop that encourages investment in people who share their background?

Try as we might to fight it or deny it, humans are programmed with built-in biases. Some of these are crucial to our survival; some, not so good. These built-in biases are oftentimes uncontrollable by the offender, as well as debilitating to the people stereotyped. A majority of Americans still harbor prejudiced views against blacks and men tend to view females as less capable. Due to social pressures and flawed concepts like affirmative action, universities and employers are often forced to accept less-qualified candidates. In addition to angering more qualified people, initiatives like affirmative action also may hurt the very people it attempts to help.

Regardless of the flavor of bias, any time the most qualified person is not chosen for an opportunity, the entire society suffers.

What if no matter what we do to try to change our biases, they are simply too strong to change? In reality, a nameless, faceless “great idea” may indeed be easier to rally behind than the person presenting said idea.

As I’ve argued before, crowdfunding provides a vehicle to change the status quo. In this case, the status quo is bias. Allow the power of the crowd to decide if an idea has merit instead of single (or small groups of) investors. The easier it is for all people in this world to shine, the more the entire world benefits.

A true free market is inherently unprejudiced. Return-on-investment knows no race, gender or creed; in fact it’s effect completely aligns itself with Martin Luther King Jr.’s dream. Given the appropriate conduit, money flows to the best ideas and the world progressively becomes a better place.

Psychology debates aside, a commonly held belief submits that we only use 10 percent of our brainpower and theorizes what we would accomplish if we operated at a higher utilization rate. Now imagine the world as a mega brain. Seven billion “neurons”. The amount of neurons (people) that have legitimate access to capital is roughly around that same 10 percent. What would our world look like if we effectively utilized 100 percent of its brainpower?