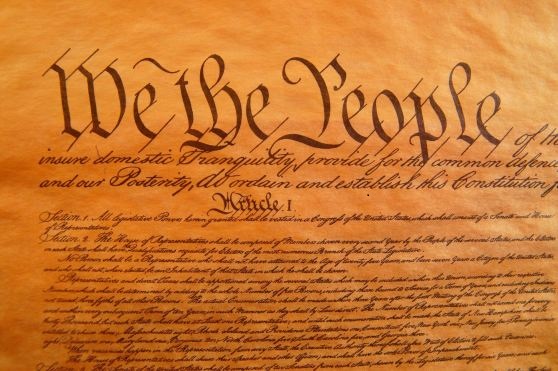 It’s a beautiful day for democracy and civil participation. Today, we witnessed the results of a democratic process to elect a common leader, and we simultaneously celebrate the life of civil rights leader Dr. Martin Luther King, Jr.

This is everything that is good about the United States. But don’t worry — some gamers are trying to ruin it.

A new petition on WhiteHouse.gov asks President Barack Obama to take time away from dealing with important issues foreign and domestic to deal with the most important issue of all: The removal of Capcom’s DmC: Devil May Cry from store shelves.

Here’s a real petition that someone thought was OK to actually call on the White House to respond to:

Dear Mr. Obama: As a consumer to the video game industry there is one video game that has caused a lot of controversy over the past few months.

The name of the game is DmC: Devil May Cry made by Ninja Theory and Capcom. A majority of gamers are aggravated that this game has changed so much from its past predecessors and the game actually insults the consumers in-game.

Please Mr. Obama, look into your heart and make the decision that will please us gamers.

As I watched Obama at his second inauguration give a speech about how we are all the same, I believed in democracy. I’m glad that this petition was able to bring me back crashing to Earth.

Yes, DmC: Devil May Cry has upset some longtime fans of the series. They have bombarded Metacritic with low user reviews despite the generally positive reception from professional critics.

As you may know, the White House provided an online petition platform where people can ask the president and his staff to address a certain issue if the petition receives enough signatures.

This important movement will require 100,000 signatures before the president will address it. It currently has nearly a dozen.

I’m just glad that we have a group of gamers who are so engaged in civics. They know that Capcom is trampling their rights by making a game they don’t have to buy, and they’re not gonna do nothing about it — cause that would actually solve their problem. Y’know … if they just didn’t think about the game, they wouldn’t be in this situation. And that’s not right!

When Obama started this petitions initiative, the barrier to receive an official response was 5,000 signatures. Thankfully, he recently raised it to the 100,000 number.

Imagine if the White House actually had to acknowledge this. Why are other gamers trying to make me embarrassed of my hobby?

Eff it all to hell.