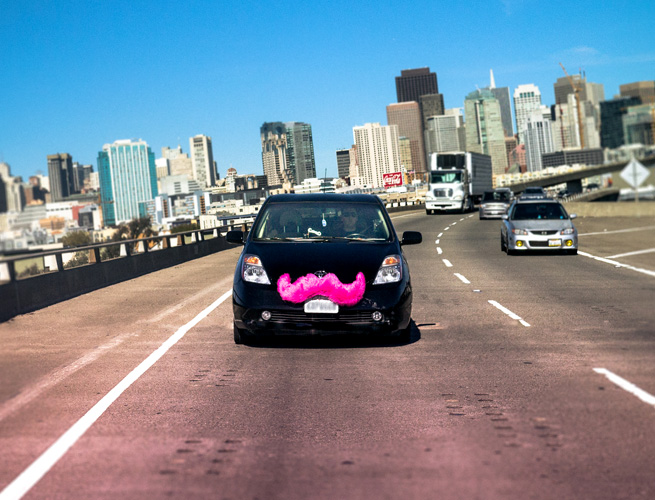 This is a guest post by entrepreneur Justin Elof Johnson.

I hop in a car from Lyft, the on-call ride-sharing startup in San Francisco, and I start talking with the driver. She’s a 26-year-old with a Master’s degree and has worked for startups for a few years. A few months ago, she left her job to take some time to figure out what’s next and learn to code.

To make ends meet, she did some research about part-time work. She started out by putting her room on Airbnb and doing a couple tasks a week via TaskRabbit. Now she’s driving her car a couple days a week on Lyft. The combination of these three things is making her more money than she made working full time. Plus, she feels like she’s working for herself without the risk of starting her own company.

Most of the people I meet who are on the supply side of the sharing economy are working between jobs or to using these services to supplement their incomes. Thought these conversations, I have a feeling 2013 is going to be a year where we start to hear about people leaving full-time employment to do a combination of different shared services so they can have a more flexible schedule.

To get a better understanding of these trends, I chatted with several folks from TaskRabbit, Airbnb, Lyft, and Getaround. They are all growing rapidly, expanding to new markets, and on-boarding as many new “sharers” as they can, as fast as they can.

For example, Johnny Brackett of TaskRabbt told me that the company currently has more than 4,000 “Rabbits” on-boarded to their platform and have a waiting list of more then 10,000 people waiting to offer their services to local communities.

Logan Green, CEO and co-founder of Lyft, is tight-lipped about specific statistics involving his community, but he told me that the people signing up to drive for Lyft run the full gambit of backgrounds and experience. He gave me one example of a preschool teacher who is a Lyft driver in her spare time so she can get some adult interactions and a PHD student who drives to get his mind off research for a little bit.

Meg Murray, a marketer at Getaround, said the company has more then 10,000 cars listed for rent on their platform with the average active renter making around $350 per month, and one renter making as much as $1,300 per month.

The average worker for TaskRabbit runs two to three tasks per day and earns $45. A highly specialized Rabbit can make much more per task and bring in as much as $6000 per month.

Airbnb communications pro Emily Joffrion tells me that the company has more than 250,000 properties listed in 34,000 cities across 192 countries around the world. I also got some specific information about San Francisco. Emily tells me that occasional renters in the city can make between $6,900 and $9,300 annually. I also know from experience that at least three friends of mine living in SF at minimum cover their rent by putting rooms on AirBnB. Sometimes they make more.

So based on these numbers we can make some assumptions about what a person should be able to make doing tasks for the whole of 2013. Let’s say this is a woman in San Francisco with no traditional job who is willing to work in the shared economy up to 40 hours per week and has an apartment and a four-door car.

Considering people trying to do this get to make and manage their own schedules and effectively be their own boss, this could be an enticing number. I don’t see why it couldn’t be a regular thing to hear people start saying, “I left my job to do tasks on TaskRabbit and drive for Lyft.”

Justin Johnson is an entrepreneur and the founder of Late Labs. You can contact Justin on Twitter (@elof) or hustle@latelabs.com.