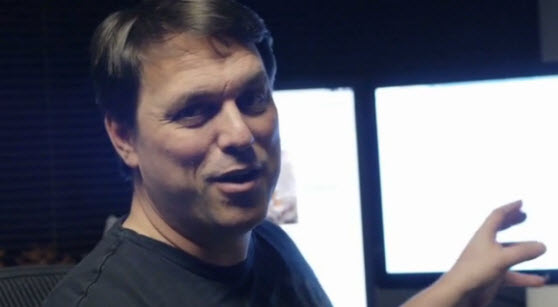 Gas Powered Games will carry on with its Kickstarter campaign for its PC game Wildman. Given a slower-than-hoped for start to pledges, Gas Powered Games chief executive Chris Taylor made an impassioned plea in a video update Friday, and fans are coming through. 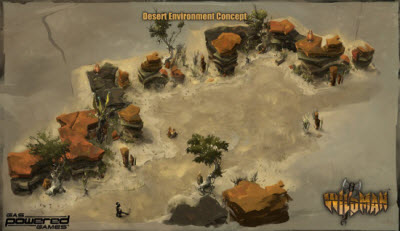 So far, Gas Powered Games has raised $297,409 from 5,678 backers, with 24 days to go to hit the company’s goal of $1.1 million for the Wildman project. That’s a lot more than the $176,000 in donations from 3,577 fans just before Taylor issued his video. So the crowdfunding campaign — while it still has a long way to go — is on a much better trajectory than it was before.

Wildman will be a cross of real-time strategy combat and a role-playing game set in a fantasy world.

Taylor pressed the panic button on Friday evening, laying off the bulk of his studio’s staff. He disclosed that the company was making the move to conserve its cash and that it is really dependent on the success of the Kickstarter campaign in determining the fate of the 15-year-old game studio.

He also asked the community to either show its support or ask him to kill the Kickstarter, in light of the layoffs. The overwhelming number of the comments urged Taylor to continue with the crowdfunding plan.

“It’s been a real experience to do this, but we need to get the word out,” Taylor said in a video update yesterday.

And today, Taylor issued another statement.

“The outpouring of support this past few days has been unlike anything I could have imagined,” he said. “I can’t thank everyone enough, and can only hope that one day I will return the favor to each and every person who reached out to help.”

Taylor hasn’t said how many employees will remain with Gas Powered Games in the interim. The staff was about 60 people a month ago, and it has been reduced to 10 or less.

Taylor, the creator of hit franchises such as Dungeon Siege and Supreme Commander, described Wildman as a game where players will explore dungeons and landscapes in a typical fantasy role-playing setting. But they can also enter a War Zone, where the player controls a single hero — a “wild man” — in the middle of a raging battle

The hero can tip the balance of the fight, but if your enemy switches tactics, you’ll have to reconfigure your force to counter. During encounters, you can upgrade your armies with new technology, execute special abilities, build defenses, change your units, and push an enemy back to its base. In between the War Zone skirmishes, you go on adventures, slaughtering monsters to get new weapons, armor, and material to craft new items. Wildman fuses two different kinds of games, and it will let you indulge your inner barbarian.