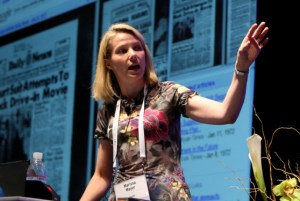 Yahoo confirmed today that it will acquire Snip.it to add a social layer to its homepage.

Snip.it released a blog post today saying, “We are thrilled at the opportunity to bring Snip.it’s vision to a larger scale at Yahoo!. While we can’t share the specifics of what we’ll be building, we are excited about the opportunity to take social news to new, exciting heights at Yahoo!.”

The company went on to say that it is shutting down its snipping feature, though you will be able to download your snips.

Yahoo tweeted, “Thrilled to welcome the @snipit team to Yahoo!”

We contacted Adeeb several times for a confirmation over the course of a week, but he declined to comment. The story originally broke with AllThingsD.

Sources close to the deal say Yahoo! CEO Marissa Mayer personally reached out to Snip.it’s founding team and was on the hunt to acquire a social bookmarking tool. This acquisition is part of a broader strategy to help Yahoo become the leading destination for news content.