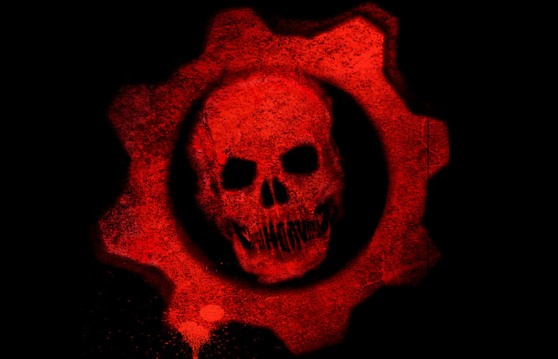 The man behind the popular Gears of War and Unreal Tournament series might have multiple personalities. In part one of our exclusive interview, game designer Cliff Bleszinski revealed how his wildly varying tastes (hardcore gangster rap and musicals, blood-soaked slasher flicks and romantic comedies) may have helped shape his products. Even his vacations reflect the two-headed nature of his vibrant personality as you’ll read below.

If you are familiar with the real Bleszinski, this all makes perfect sense. He went through a “trying way too hard” phase (discussed in part one) that turned off a lot of people. But if you take the time to get to know him, you’ll find a good-hearted (but still cocky) nerd who can hang in any conversations involving horror films, Transformers, and of course, video games.

Which side of Cliff Bleszinski will emerge from semiretirement if — no, it’s definitely when — the 20-year-veteran game designer returns to doing what he knows best? Part two of our interview reveals quite a bit about what he’s thinking about doing in his near future. (Hint: Pay particular attention to the way he talks about football … .)

GamesBeat: What are you up to these days? It feels like you’re doing a lot of un-relaxing, un-romantic traveling with your wife. You’ve been visiting the likes of Zynga, Double Fine, and other gamemakers.

Cliff Bleszinski: Well, let me just say, we just came back from a week in the Caribbean. [Laughs]

GamesBeat: It seems like you’re doing some work-related travel, but I can’t find a clear agenda there.

Bleszinski: Yeah. The thing is, over the years I’ve learned that I’m mentally the kind of guy who’s either dying to get from zero to 60 as fast as he can or just cruising along for a Sunday drive. I’m either all on or all off.

I’ve found the same thing in my semiretirement. There are some days where I sleep until 12:30, and I do absolutely nothing. I watch CNN and read Reddit and walk my dog and drink coffee and check on personal projects and investments and just hang out. There are other days when I’m on NeoGAF and Kotaku and writing down game design ideas and considering this or that other thing.

It’s the same thing when I’m on vacation. I’ll go to a nice vacation somewhere warm. One day I’ll just sit by a pool with piña coladas. Next day, I’ll have to do horseback riding and hang-gliding and all this crazy stuff.

I tend to alternate between those everywhere. It’s never the middle of the road for me. Whether or not that means I have some sort of bipolar problem, I don’t know. But as far as retirement goes, I was really not wanting to work anymore, and then I found myself getting bored after a while. Then I found that there are a lot of people who want to talk to me. Just talk and see if there could be a good potential fit in regards to possible professional future.

GamesBeat: Do you see yourself working for another company, or would you rather own your own studio?

Bleszinski: One of the main things I’ve been considering is opening my own studio. But the complication to that is, heavy is the head that wears the crown. If you have 150 people that you’re responsible for, with their families and their children and all that, that’s a lot of weight. The company depends on you. Being an employee of somebody else or being a consultant are also options.

At the end of the day, I just want to do something that motivates me, that gets me out of bed. I’ve been able to be financially successful enough that the only work I have to do is the work that I want to do. It’s a fortunate position.

Doing Unreal Tournament on PlayStation 2, porting our own fucking game, was absolute hell, and I don’t ever want to do that [sort of thing] again. That’s an example of something I never wanted to do. But by and large, at Epic, they kept us doing maybe 75 percent the stuff we wanted to do.

I also have other things going on. I have multiple investments. And just learning. The biggest thing that a lot of American kids aren’t taught is Finance 101 and Business 101. You don’t need an MBA or anything but just the basics of how a business is run: P and L, how loans work, mortgages … things like that.

I don’t know how it was for you. I went to public school in Boston — it was actually a very good public school — but none of that was ever taught to me. Granted, I dropped out of college after six months, but this is stuff that should be taught in high school or maybe even sooner. How to manage your money, as opposed to, “Here’s home ec; let’s learn how to make English muffin pizzas,” or “Here’s how to play dodgeball.” That’s great, but teach me about a five-year ARM [adjustable-rate mortgage], too. These are basic things.