This ain’t your daddy’s The Legend of Zelda.

Today, Eiji Aonuma, a longtime producer for the Zelda series, announced that a new Zelda is in the works and that the development has a specific mission for the new adventure title: “Rethink the conventions of Zelda.”

Aonuma spoke specifically about doing away with the series trope of completing dungeons in a certain order.

“Our mission in developing this new Zelda game for Wii U is quite plainly to rethink the conventions of Zelda,” Aonuma said in the Nintendo Direct streaming-video show. “I’m referring to things such as the players is supposed to complete dungeons in a certain order. That you are supposed to play by yourself; the things that we’ve come to take for granted recently. We want to set aside these conventions and get back to basics to create a newborn Zelda so players today can enjoy the real essence of the franchise.”

All I hope is that the real essence isn’t a massively multiplayer online game.

Aonuma then went on to show some HD visuals for Wind Waker as an example of what they have in mind for the new game. 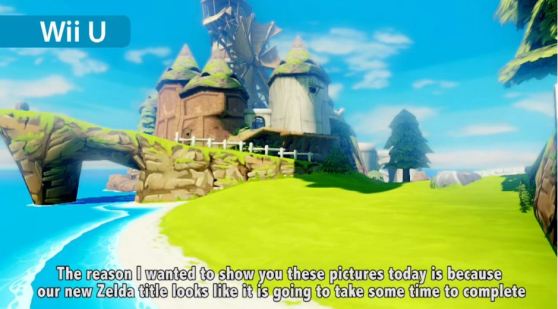