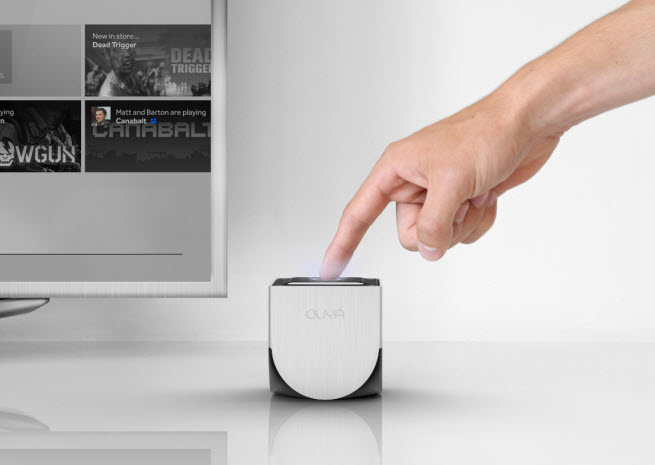 Last August, when Ouya raised $8.6 million via crowdfunding on Kickstarter to create an open video game console that plays Android-based games, seems like eons ago. Since that time, chief executive Julie Uhrman has been running like crazy to keep up the pace to launch the “people’s box” as scheduled in March. In an update interview with GamesBeat, Uhrman says that the momentum keeps growing and that she isn’t concerned about the rise of so many alternative systems in such a short time. 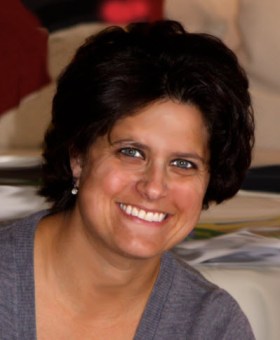 Ouya‘s growing scale might raise some concern among “the big three”: Nintendo, Sony, and Microsoft. Ouya is just the first of many console alternatives that are hoping to disrupt the last bastion of the business as we knew it: the $60 disc-based game. Startups like Ouya are the foot soldiers who will carry the spears of free-to-play games, Android mobile games, and app stores into the living room.

“March is still a distant deadline,” said Uhrman in an interview with GamesBeat. “But we are excited by the interest. I’m impressed with how my team keeps delivering on the impossible.”

On Dec. 28, Ouya started shipping the first of its 1,200 developer prototype consoles for those who had pledged anywhere from $699 to $1,337 in the Kickstarter campaign. And since that day, more than 894,000 people have viewed an “unboxing” video showing what is contained in the developer console. Ouya’s software development kit has been downloaded more than 20,000 times. And Ouya’s forums — with 400,000 views — are blowing up with questions and comments about how to make games for the console, Uhrman said. 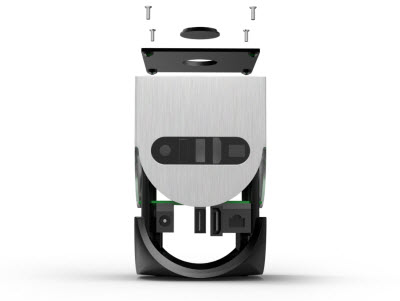 Fans have created 10 web sites about Ouya, and a German company has even created a magazine dedicated to the box.

Uhrman said that the hardware specifications are mostly set, but its final color and look have not been revealed yet. The console is basically shaped like a cube, and it is no larger than a typical coffee mug.

The company is still redesigning its game controller based on fan feedback. The device has a “D-pad” control mechanism, but fans pointed out that it too closely resembled Microsoft’s Xbox 360 game controller, which is circular in shape and prone to accidental diagonal button pushes.

Uhrman said the designers are shifting to a square D-pad, which is more Sony-like and less prone to unintentional button pushes.

“We are still fine-tuning the controller,” she said. “It removes the mistaken button press and makes it more precise. That’s a big change.”

It’s these little details that could trip Ouya. Other rivals have emerged who have slightly different takes on the same idea around an Android console. Nvidia is launching Project Shield, which uses a high-end Tegra 4 chip and comes with a 5-inch diagonal high-resolution screen. 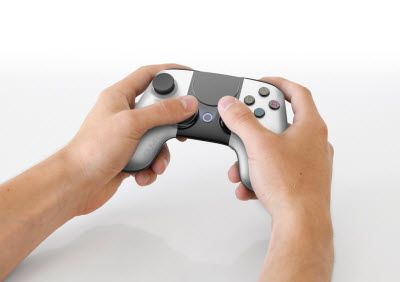 But Uhrman said her team believes that the “TV is the best screen for playing video games. That’s what Ouya is about. We have seen all of the creativity of the industry shift to mobile games. We want to bring that back to the TV through our box.”

Ouya uses a Tegra 3 chip from Nvidia, and Uhrman said the pricing on that chip is consistent with Ouya’s plan to launch a $99 console. The chip has four cores running at 1.6 gigahertz, and Ouya believes that is plenty of horsepower for an affordable game machine. At the same time, Uhrman said that the company will have regular hardware refreshes and could create a better experience while still delivering on its $99 price.

Another rival, Green Throttle Games, is creating an Android-based gaming system, but it has no console. It will allow users to hook their smartphones directly to their TVs and play games with a traditional console-style controller. But Uhrman believes that both developers and consumers want to wrap their hands around a concrete piece of hardware that plays their games.

“We are carving out our own niche,” she said.

Ouya is using the Jellybean version of the Android operating system, but it is developing its own user interface, software development kit, and app store.

Under Ouya’s model, developers will share 30 percent of their revenue with Ouya; that’s a high percentage. Developers have more than 100 games in the works, which eliminates the worry of a shortage of titles for the console when it debuts, Uhrman said.

“We will make more announcements later about launch titles,” she said. “We have a great business model, and we are really comfortable with it.”

Panagiotis Peikidis, a developer at Large Animal Games, took the Ouya development kit home to see if he could build a game in a weekend.

“I was quite impressed with how easy it was to get a Unity game up and running on the Ouya,” he said. “The Unity package for Ouya is quite good and the set-up videos on the Ouya website made things much easier than I expected. The only trouble I ran into was with the controller data.”

He got some unreliable data back, but he said he expects those kinks will be worked out soon as Ouya gets closer to shipping. He said it was a fun, productive weekend of hacking with minimal headaches.

“I’m excited to see what we can do with more time,” he said.

Beyond games, Uhrman said that Ouya is in talks with a large number of entertainment companies that want to bring their non-game apps to the console. Some, such as Twitch, have been announced while others have not.

Uhrman also said that a “game jam” contest launched by Killscreen will end this morning. Unity Technologies distributed more than 200 software development kits for its Unity 3D game engine for developers associated with the contest. The winner of the game jam will get $45,000.

Ouya’s team is growing every day, but Uhrman declined to say how many people work for the company. The majority of the team is engineering, but the company is adding a content development team as well.

Uhrman said she is traveling around the country visiting groups of game developers who are supporting the console.

As for getting the game console out by March, Uhrman said, “We are on track. We want to get Ouya out to gamers as soon as we can.”