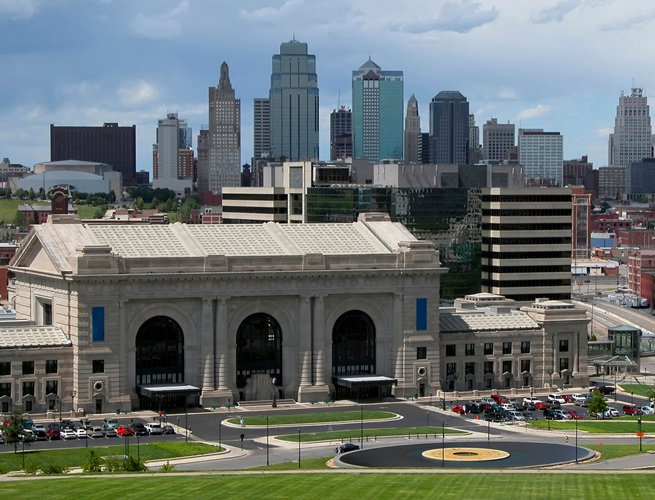 Kansas City most recently attracted attention from the startup community because of the test of superfast Google Fiber, but the just-announced startup accelerator SparkLabKC could help solidify the Midwestern city as a genuine startup hub.

While San Francisco, New York, Boulder, Austin, and several other cities around the country are known for their statup scenes, Kansas City hasn’t attracted that reputation. But when Google announced its Fiber project, that mentality changed because the city could now be known as a place for tech. Some lucky startups, such as Leap2, LocalRuckus, and FormZapper, are already using Google Fiber for projects.

SparkLabKC will select 10 early-stage Internet-focused startups and provide them with the following benefits:

The program is taking applications from Feb. 1 through March 31, and it starts May 29 at the SparkLabKC office, which is across the street from Union Station (pictured) in Kansas City, Mo. Over the course of 90 days, companies learn and develop their products. The demonstration day will be held Aug. 23.

Kevin Fryer, SparkLabKC’s managing director and Kansas City entrepreneur, thinks the program will help create a strong foundation for startups in the city.

“Our accelerator solves the two fundamental problems for early-stage startup companies — the experience gap and the capital gap,” Fryer said in a statement. “We provide a deep pool of mentors who are seasoned entrepreneurs as well as seed capital and access to investors. Startups that have been through this kind of program have a superior track record of generating new companies, new jobs and achieving a significant impact in their communities.”

Unfortunately, SparkLabKC’s building does not currently have access to Google Fiber, which is only available in select residential areas now. But a SparkLabKC spokesperson did confirm to VentureBeat that if Google Fiber becomes available to the program, it will consider adding it as a benefit.

SparkLabKC will join other organizations such as the Kauffman Foundation and the Helzberg Entrepreneurial Mentoring Program in Kansas City to help foster the city’s reputation as a place for startups. The Kauffman Foundation hosts the 1 Million Cups program, which is the biggest weekly startup-focused event in the city. 1 Million Cups is a one-hour event where entrepreneurs connect and pitch ideas to an audience of more than 100 people.