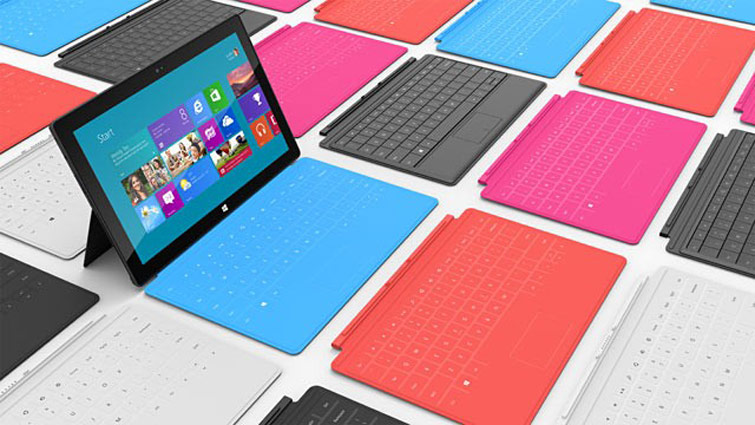 Microsoft’s soon-to-be-released Windows 8-running Surface Pro may cost an internal organ plus a year’s servitude, but price relief — at least on other Windows 8 tablets — sounds like it’s coming soon.

“We’re working closely with chip partners and OEMs to bring the right mix of devices,” Microsoft’s chief financial officer Peter Klein said today on the company’s earnings call, adding that Microsoft is looking to “expand the product lineup” and provide “a greater variety of devices at a bigger variety of price points.”

Surface Pro, which Microsoft plans to release Feb. 9, comes in $900 and $1,000 versions. The original Surface, which runs a stripped-down version of Windows called RT, is available in $500 and $600 models.
“We think of Surface as one part of the overall Windows 8 story,” Klein said. “It highlights interesting innovation, and demonstrates tightly integrated software and hardware.”

Klein admitted that Surface has seen “limited distribution this quarter,” but he said that Microsoft’s “goal is to expand that” and is looking “forward to continuing the growth of that business.” Unfortunately, Microsoft did not break out any details on Surface sales in its earning release or the following conference call for analysts, preferring to speak mainly in generalities.

But analyst estimates of Surface sales for the holiday quarter have been in the 600,000 to 1,000,000 range … or about 3 percent of Apple’s sales of iPads in its recent record-breaking quarter. In other words, Microsoft desperately needs more models and better price points: A Surface Pro can cost more than a MacBook Pro, or double what many Windows 8 laptops run.

It wasn’t clear from Klein’s initial comments whether Microsoft itself might release more Surface models to potentially fill lower price points, or only work with OEMs. A Microsoft spokesperson I talked to after the call clarified that Microsoft is primarily addressing any need for lower price points on Windows tablets by working with OEMs.

Klein did not, however, reveal any timing for the announcement and release of new models.