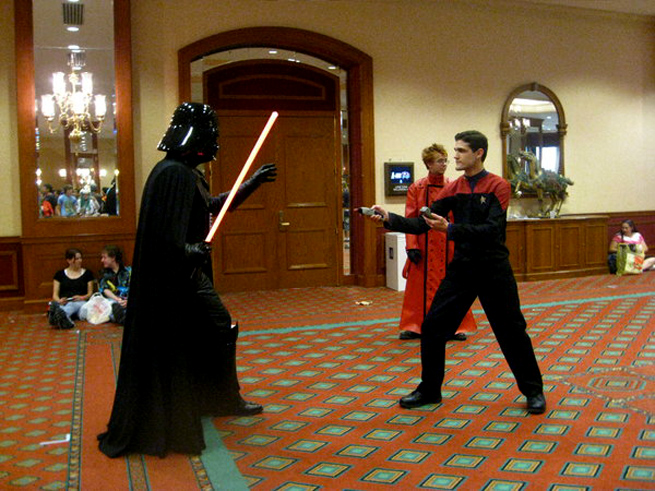 The Force is strong with J.J. Abrams. The director of the popular Star Trek film reboot and several other movies and shows geeks love has been reportedly selected to direct Star Wars: Episode 7, according to The Wrap.

Consider our minds blown. It’s a complete surprise to hear Abrams could really be directing Episode 7 considering his work bringing Star Trek back to life. The sequel to his first Star Trek film arrives in theaters May 17. Abrams has also directed the films Super 8 and Mission: Impossible III. He helped create the TV shows Lost, Alias, Fringe, and Felicity.

Disney agreed to buy Lucasfilm and LucasArts for $4.05 billion back in late October. At that time, Disney announced that Star Wars: Episode 7 would be made and released in 2015. Episodes 8 and 9 will follow that film. Now we likely know who will be helming the first in this trilogy, as long as the report holds true.

Ben Affleck, fresh off his successful film Argo, was also reportedly in contention to direct Episode 7.

Oscar-winning screenwriter Michael Arndt, who worked on the scripts for Little Miss Sunshine and Toy Story 3, will be writing the script for Star Wars: Episode 7.

Deadline has also confirmed the report that Abrams will be directing Episode 7.