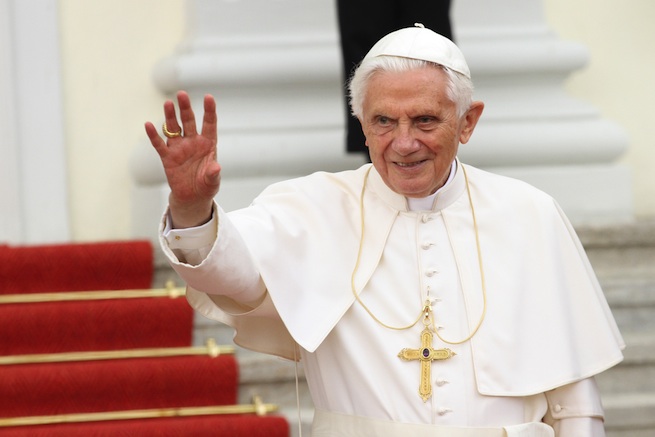 Pope Benedict XIV may be one of Twitter’s recent and most surprising converts.

Today, he asked Catholics to spread the word on Twitter and other social networking sites like Instagram and Tumblr to convert atheists to the faith, 140 characters at a time.

“Believers are increasingly aware that, unless the Good News is made known also in the digital world, it may be absent in the experience of many people for whom this existential space is important,” he said in a statement delivered on the 47th World Communications Day, also the the feast day of St. Francis de Sales, the patron saint of journalists and writers.

In the address, “Social Networks: Portals of truth and faith; new spaces for evangelization,” the pontiff warmly endorsed social media as a new forum for “agora,” an ancient Greek term for an open public square where people can share ideas.

However, the Pope had a few gripes with the “popularity” of celebrities on social media sites and the sheer volume of information, which may drown out the tweets and status updates of true believers.

“At times the gentle voice of reason can be overwhelmed by the din of excessive information and it fails to attract attention which is given instead to those who express themselves in a more persuasive manner,” he observed.

The Pope signed up to Twitter in December and has amassed over one million followers despite only having tweeted 26 times. There are also myriad unofficial accounts with thousands of followers, and the Pope tweets in different languages.

Justin Bieber, as The Register points out, has 32 million more followers than his Holiness.

Dear friends, I am pleased to get in touch with you through Twitter. Thank you for your generous response. I bless all of you from my heart.