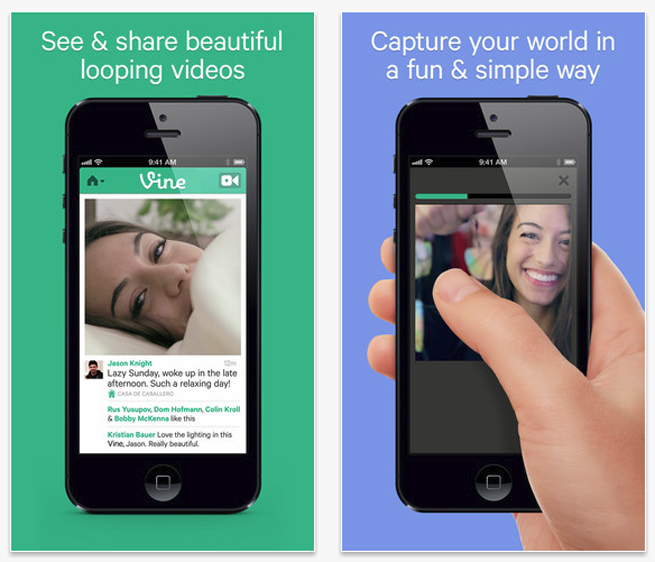 Popular social network Twitter has announced Vine, a new video-sharing application for iOS that shows six-second clips in a loop and posts them to Twitter and Facebook.

“Today, we’re introducing Vine: a mobile service that lets you capture and share short looping videos,” Twitter wrote in a blog post. “Like Tweets, the brevity of videos on Vine (6 seconds or less) inspires creativity. Now that you can easily capture motion and sound, we look forward to seeing what you create.”

Vine will compete in the same space as other “Instagram for video” apps like the popular GIF-making app Cinemagram. Twitter acquired Vine before its launch, according to Vine’s blog.

“Our companies share similar values and goals; like Twitter, we want to make it easier for people to come together to share and discover what’s happening in the world,” Vine writes. “We also believe constraint inspires creativity, whether it’s through a 140-character Tweet or a six-second video.”

Twitter said it is working to bring Vine to “other platforms” in the future. We assume that means it’s quickly working on an Android app to complement its iOS app.

Check out examples of Vine in action in the tweets below: