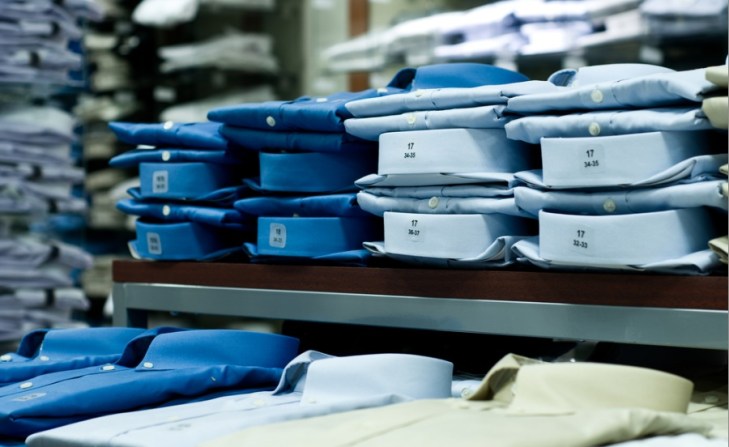 Yesterday, I wrote about how big-box retailers like electronics stores could improve the in-store experience. Today, I want to talk about department stores. This post does not apply to Nordstrom and JC Penney, which don’t follow the typical department store model.

As online retailers incorporate better technology to improve the shopping experience for consumers, the convenience and experience gap between offline and online gets bigger. Retailers who don’t adopt new technologies and practices risk being left in the dust as online retailers further encroach.

Many department stores use fake pricing. If you read the fine print on their sale ads, you’ll usually find language to the effect that the “regular” prices are offering prices only and they aren’t claiming anyone ever bought it at that price.

I was browsing through a department store and found a set of flatware on “sale” for $110. (“Regular” price $140.) When I got to the register, the woman behind the counter asked if I had any coupons. I didn’t, but she managed to “find” one for me that knocked the price down to $88. I went ahead and bought it. Because the battery was dead on my phone, I didn’t do what I normally do and check the price on Amazon.

When I got home, I checked Amazon’s price. The “regular” price on Amazon was $80, about 10% better than the super-secret “sale” price I was given.

Mobile phones bring a whole new level of price transparency that makes the fake pricing model break down. If in store, I saw a regular price of $88 and an Amazon price of $80, I’d probably buy it in store anyway. But I was so annoyed with the hoops required to get that price that I just returned the flatware to the store and bought it from Amazon.

To make matters worse, it’s often easier to find Amazon’s price for a product than it is to find the store’s price. Because they change prices so frequently, department stores don’t display the current price on an item’s tag. They usually rely on signs placed throughout the department. If someone moved an item or if your item is an exception, you may be in for a surprise at the register. Or, you might have to do math to figure out what the right price is. (What is 30% of X?)

Amazon frequently changes its pricing, but it doesn’t rely on fake pricing. And the current price is displayed on the item’s details page; no math required.

One of the challenges of in-store shopping is that you’re your own picker. The massive warehouses that companies like Amazon use organize products very well because they are paying the expense of the picker.

When I shop online, I don’t have to worry about digging through a stack of shirts to find my size. I select it from a pulldown and someone else does the work. At department stores, I have to do the work. Because people move things around, they’re often not where they’re supposed to be. Even worse, you might find after spending 10 minutes looking through a stack of shirts that your size isn’t even in stock. (Never mind that you did this after lunch with food residue on your hands and just soiled the whole stack of shirts.)

Although this experience is unlikely ever to be as convenient as online, it can definitely be improved.

For starters, a mobile app could tell you whether your size is even in stock, saving you the frustration of a snipe hunt.

Size-specific RFID tags could be attached to the loss prevention sensors to make it easier to find the right size. 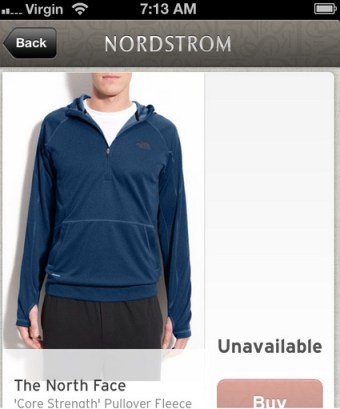 Of the retailers I frequent, Nordstrom does by far the best job of incorporating mobile technologies. You can scan a barcode with the Nordstrom app to see if a product is available. Nordstrom even has seamless inventory tracking across its online fulfillment and its stores. If you are in a store and that store doesn’t have your size, it’s easy to search across the entire system, and Nordstrom will ship it to you for free. Like the Apple store, Nordstrom associates can check you out with an iPod Touch and email you a receipt.

Nordstrom is so far ahead of other retailers that I often forget about the capabilities available to me.

In order to convince you that you’re getting a great deal and drive a sense of urgency, department stores frequently make use of coupons. Unfortunately, they’re loaded with restrictions that even their own staff can’t understand or explain.

I went to a major department store and picked out a couple of shirts. After waiting in line, I got to the front and presented my coupon. Nope, it doesn’t apply, because the shirts were on a morning special. (Which wasn’t listed among the dozens of restrictions.) Another time, the only explanation the clerk could come up with was, “the computer won’t take it.” When the rules are so complex that your own staff can’t explain them, it’s probably time to reconsider the rules.

The same store has a habit of running two-day morning coupons, valid in the mornings on two consecutive days. But if you arrive later in the day, the coupon won’t apply. You’ll have to come back the next morning.

In a time when it’s getting harder and harder to get consumers in the store, why turn away people who are ready to buy with marketing techniques designed for a different age? When I can shop at home in my underwear at any time of day, why do you want to make it harder than it has to be to shop in your store? I don’t need to be able to shop in my underwear in your store (frankly, no one wants to see that, and I don’t want to see other people shopping in underwear), but stores do need to remove some of the artificial pain points.

There is a danger in going too far, too fast. That’s what’s happened at JC Penney, where former Apple retail head Ron Johnson is now CEO. He radically transformed the store’s structure very quickly. He switched the company’s pricing and promotions from department-store type fake pricing to everyday pricing like Target, Wal-mart, and Costco. Because JC Penney customers had been trained to expect constant sales, JC Penney revenues took a hit.

Johnson’s strategy is the right approach to competing with online retail in the long term, the question is whether JC Penney will be around to see it.

But other retailers can take smaller steps to make in-store shopping more convenient.