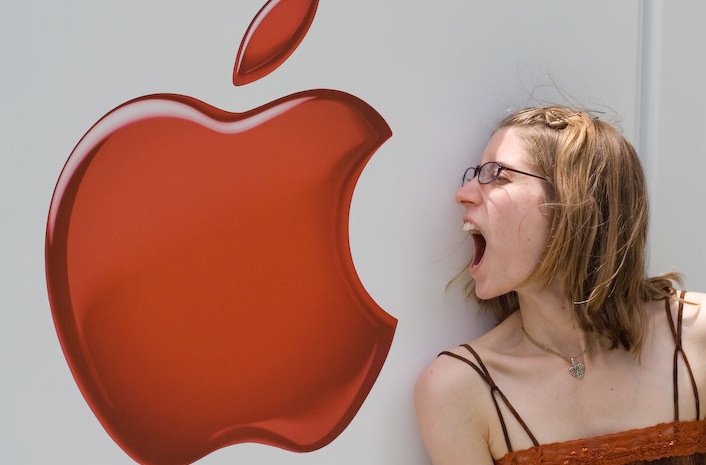 Those writing off Apple after its disappointing earnings update are premature.

I’ve done extensive research on the company revealing its ‘Quantum Strategy’ in a paper for Organizational Dynamics, and though Apple’s results saw $50 billion wiped off its market value I don’t feel it is the first sign of strategic weakness as some analysts are suggesting.

Apple reported no rise in profits for the final quarter of 2012 and slightly missed revenue estimates, prompting speculation that its period of hyper-growth is coming to an end.

The company sold 47.8m iPhones over the Christmas quarter, missing a forecast average of around 50m and revenue growth of 18 per cent year on year to $54.5bn was below the $54.9bn forecast, while profits were flat on the previous year at $13.1bn.

But before we write Apple off with premature assessments, we need to appreciate that its so-called disappointing performance is still extraordinary by many measures, and that it has the capabilities to keep winning in its markets, which it may yet redefine with more blockbuster products.

Apple is thought by many to have posted poor results, but this would be a rushed assessment. Apple’s revenues continued growing at a fast pace, with an 18 per cent rise over the previous year and 25 per cent more when adjusting for the fact that this quarter was for a 13-week period while the previous year was for 14 weeks.

Profits were $13.1 billion, same as the previous year, but actually seven per cent higher if the 13 week vs 14 week issue is taken into consideration. Gross margin fell to 38.6 per cent compared to 44.7 per cent year-on-year, but Apple had prepared the market about the lower margin and actually delivered above its own guidance.

Lower margins would be expected given Apple’s rising sales in emerging economies, introduction of iPad mini and appearance of more competing products that are much cheaper. The 38.6 per cent margins in the markets where Apple operates are still extraordinary.

Speaking of emerging markets, Apple’s higher transparency in reporting sales by geography shows that its revenues in China went up 67 per cent in this quarter compared to last year, with a huge potential upside. Further, its products are on different stages of the product life cycle, a pretty robust risk management strategy.

Even if in the long term Apple has lost some of its innovative edge, its substantial liquid assets still give it an advantage in the technology market.

The main issue for the medium and long term is whether Apple has sustained its innovative capabilities, which seems likely given that it’s part of the company’s DNA. But the proof will be in the pudding, and we’ll know over the next 12 to 18 months.

What many forget though is Apple’s safety net of $137 billion in cash and liquid assets. Apple could easily buy any new technologies that appear to pose a threat to it, that offer synergies to its own offerings, or that can open up new markets for it.

Stock markets react, and sometimes overreact, immediately, but what matters is the big picture and Apple seems to be on a solid footing by that measure. Even though its shares fell based on the earnings announcement, this could be a useful correction.

Loizos Heracleous has authored six books and over 50 articles published in leading journals including the Harvard Business Review and MIT Sloan Management Review. His research has been honored by three noted Best Paper awards from the Academy of Management and received an Emerald Literati Award for 2007 for his research on the role of biometric technologies in service excellence, a second Emerald Award in 2009 for the Paper with the Best Practical Implications for his work on human resource strategy at Singapore Airlines, and a third award for the Paper with Best Practical Implications in 2010 for his article entitled “Can business learn from the public sector?” Loizos has trained or advised executives from several leading corporations including IBM, Total, Rolls-Royce, KPMG, Standard Chartered, O2, and Bank of China. He has been listed in the Marquis Who’s Who in the World since 2003. Before joining Warwick Business School, Loizos was Reader in Strategy at the Said Business School and Official Fellow of Templeton College at Oxford University, and Associate Professor of Business Policy at the National University of Singapore.