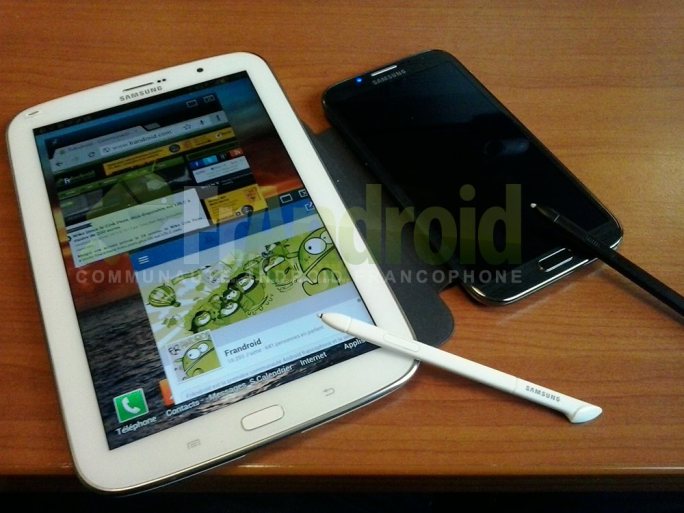 Samsung hasn’t yet officially confirmed the Galaxy Note 8.0, but the plethora of leaks online have pretty much blown the surprise. The latest leaked photos from the French site Frandroid finally give us a way to measure the Note 8.0’s relative size by placing it alongside to the 5.5-inch Galaxy Note 2 smartphone.

Galaxy Note 8.0’s design doesn’t hold many surprises — it simply looks like a blown-up version of the Note 2. That’s a good thing, since Samsung is avoiding the gaudier design of the larger Galaxy Note 10.1, a tablet that failed on many levels. The Note 8.0 is poised to be Samsung’s iPad Mini competitor, which is somewhat ironic since Samsung has been making small tablets for years. 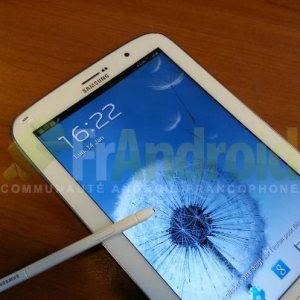 Just like the rest of the Note family, the Note 8.0 will come with Samsung’s S-Pen stylus. I’ve been eager to see a tablet that truly takes advantage of the S-Pen’s capabilities, and after the Note 10.1 was such a disappointment (mostly due to running a slower processor than the Note 2), Samsung has a lot to prove with this entry.

The Galaxy Note 8.0 is rumored to sport a quad-core processor, Android Jelly Bean, 2GB RAM, and a 1,280-by-800 pixel display (a far higher resolution than the iPad Mini’s screen). Samsung is likely gearing up to officially reveal the tablet next month at Mobile World Congress.