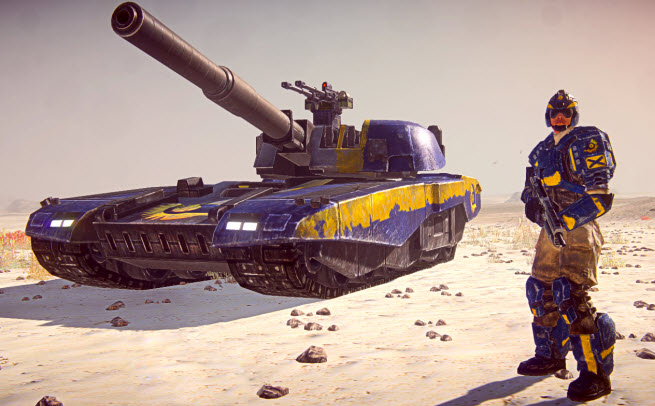 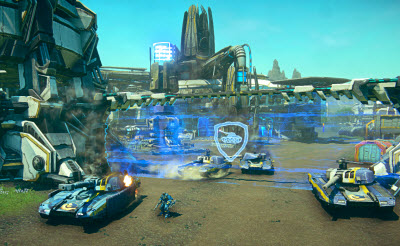 PlanetSide 2 is only two months old, but the free-to-play online game has taken off with more than 3 million registered players to date. It is a big endorsement for MLG to include the young game in its roster of e-sports tournament games, which draw six million spectators a month. That blessing will likely help PlanetSide 2 grow its engagement and user count.

John Smedley, president of SOE, said in an interview with GamesBeat that MLG will help create a special section within the world of PlanetSide 2 where spectator viewable e-sports matches will take place. PlanetSide 2 is a game where as many as 2,000 players can gather in a single continent, or arena, and battle each other for control of a planet’s resources. Smedley said it is conceivable that hundreds of players from a single empire could join in on qualifying matches in the early stages of a tournament. Then the number of players could be reduced to make the tournament more manageable.

“We’re growing at a very fast rate and we’re so impressed with MLG,” Smedley said. “We can get 600 or 700 people on one team, bring a massive scale that no other game can deliver. The competitive sport will add a new level to the meta game.”

No particular match sizes have been created yet. But a clan could nominate its top 50 players to participate in the playoff rounds, with a smaller number of players fighting it out in the MLG finals, Smedley said. Sundance DiGiovanni, chief executive of MLG in New York, said that the largest matches today are just five players against another five, though the league has done some eight versus eight matches in the past.

With huge matches, DiGiovanni thinks that PlanetSide 2 could scale up interest in the eSports, which are steadily gaining momentum. PlanetSide 2 has three factions known as Empires: Terran Republic, New Conglomerate, and Vanu Sovereignty — all fighting in air and ground combat for control of the alien planet Auraxis.

“PlanetSide 2 really has an interesting and complex approach to the shooter environment, and it brings out new levels of strategy and team play,” DiGiovanni said. “This will lead us to do some things we have never tried before.”

Sony and MLG will collaborate in the next few months to create ideal competitive game play features and settings to showcase the massively multiplayer online first-person shooter game. MLG will broadcast the tournament and create additional original programming around it on its MLG network and on Twitch, the game livestream site. Twitch is already built into PlanetSide 2, where players can broadcast their matches as they play them.

PlanetSide 2 gaming stations will be featured at MLG’s first Pro Circuit event of 2013 – the Winter Championship in Dallas, Texas, from March 15-17. Smedley said that the design team began plotting how to turn the MMO into an eSport, using a separate continent, after talks began with MLG. But there isn’t a working prototype yet.

MLG has more than eight million registered gamers and gets about 6.5 million viewers a month from 170 countries. During a single event weekend, as many as 5 million people will tune in to watch. Smedley said the game is monetizing great as players purchase upgrades and decorative virtual goods.

“We are monetizing great already and that is not our primary purpose for doing this,” Smedley said. “MLG can showcase AAA content, and there is no better partner for that.”