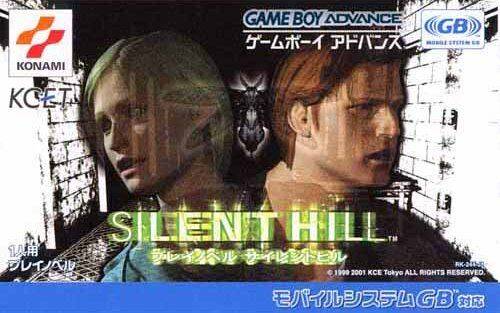 A few Silent Hill games still remain exclusive to Japan, but now that number has dropped by one thanks to two persistent fans and seven years of hard work.

Amy Balot of the fansite Alchemilla Hospital, which is named after the famous “sexy nurses” locale in the survival-horror series, revealed that she and translator Toby Normoyle have completed a fully playable version of the Silent Hill Play Novel, which released for Game Boy Advance in 2001. It’s not a ROM, though — it’s an HTML/Flash game that you can play online or as a download (beta version 0.2, which has a broken shortcut right now).

“It was mainly coffee that kept me going over that time,” Balot told GamesBeat, saying that she “got overwhelmed by it all and forgot about it for years.” She and Normoyle had to sort through a huge volume of text and make every scene clickable.

“Years ago, I went to a lot of ROM hacking sites and tried various utilities, but I couldn’t get anything to work, even just to access the pictures,” she said. “So I made screencaps and set about doing everything from scratch.”

If you’ve played Silent Hill for PlayStation, then you’re already familiar with Play Novel’s story. Well, some of it. It’s a text-driven game similar to a choose-your-own-adventure, and it features three different character scenarios: one for Harry Mason, the protagonist; one for Cybil Bennett, the female cop who helps him find his missing daughter; and one for some kid named Andy.

“For the first three-fourths or so, there are only small differences here and there [with Harry’s section],” said Balot. “Once you get to the endings, some of them are very different. An example of the small differences: when you reach Midwich Elementary, you can choose between three different books, all with different stories, instead of just the one fairytale book being there.” 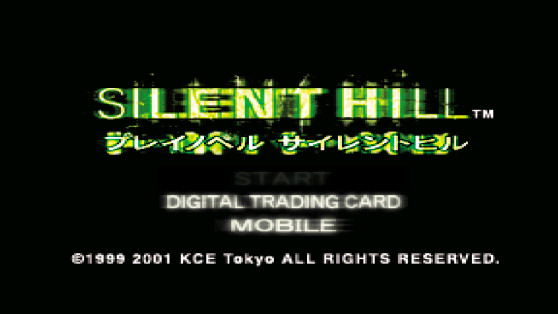 Cybil’s scenes overlap with Harry’s, but her plotline provides insight into her early life and what she’s feeling as she explores the town — a perspective we never saw in the original game.

But the biggest mystery is Andy, whose story arrived in the form of downloadable content that was only available for a short time after the game’s release in Japan. Balot bought her copy on eBay in 2006, so she doesn’t have access to those four scenarios, named Spring, Summer, Winter, and Fall. She’s never found anyone who’s played them, either.

She and Normoyle scanned and translated pages about the character from the official guidebook. Apparently, he lived next door to Harry and his daughter Cheryl and hid in their trunk as they drove to Silent Hill. It’s unclear what happens to him.

These gaps in the story are only one concern. Balot still has a lot left to do, such as improving the puzzle parts of the game, which she wasn’t able to code.

“The only one I have on there now is one where you are looking for a key in Alessa’s butterfly collection,” she said. “Otherwise, I have the puzzle images, and it just says something like, ‘Harry melted the chain on the door with chemicals,’ rather than making you mix the chemicals and do it yourself. I’m hoping to make it more interactive eventually, though.”

Balot is also working on uploading a new version of the beta, which should solve the shortcut problem. Online, “it’s multiple Flash files embedded in HTML, but the final will be one Flash file. This makes it easier to resize — though you could also zoom in on a browser — but it’s at its native resolution right now.”

Other tasks include reading videos and music, implementing a save functionality or passwords, and dropping in the spinning Flauros icon where it’s missing.

What makes the game worth all this work? Balot’s reasons are like those of any fan.

“Since we were interested in all things Silent Hill, the GBA game was a mystery we wanted to learn more about,” she said.