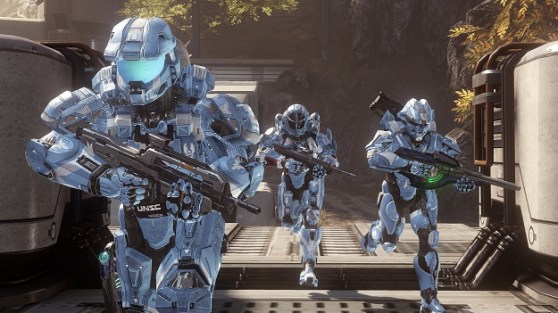 Bleszinski: The story is still a little confusing, man. I gotta be honest. Once Halo 2 started introducing Gravemind and all these things and Forerunner stuff … .

It’s one of those franchises where they do a really good job of a lot of that. I felt like Master Chief and Cortana were more believable than they ever have been. Cortana had these great little moments where she’s like, “You wouldn’t lie to a girl, would you?” You’re just like, “Wow.” That was a great, sincere little moment. But by the end of the game, I was like, “Wait, what is going on?” I haven’t read the books.

If I were to make another franchise, the goal [would be] to make it so you can still understand the story in a nutshell without having to read the books or play the previous games. Halo fans are so into their universe and their franchise that sometimes they leave a couple of the Muggles like myself behind. 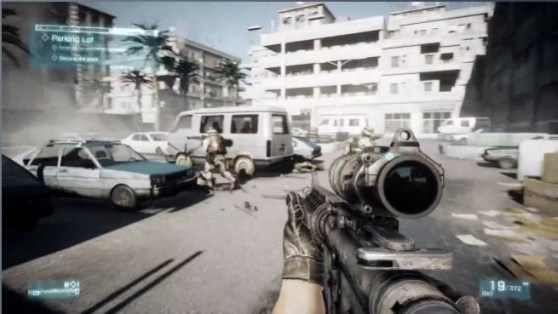 GamesBeat: What about Battlefield 3? Did you get a chance to play a lot of that?

Bleszinski: I couldn’t get into it. I gotta be honest.

Bleszinski: The campaign felt like the very scripted kind of thing that I didn’t want to play. I also felt like it was the kind of game where, if you’re really going to get full enjoyment out of it, you have to play it on a high-end PC, which I do not have right now. I haven’t moved into my new house, where I can have a nice desktop setup. I’m just on a laptop right now.

When I played the multiplayer, it felt like everybody was camping with sniper rifles. I’d just walk out and die, walk out and die. Once I get a high-end PC, I’m going to reinstall that with all of the downloads, and hopefully, I’m going to get on one of those servers where all the vehicles are going around. I’ll be running it in full high resolution, and it’ll look amazing. That’s the way to experience that game, at least for me. I’ll get around to it. 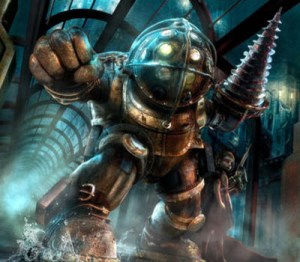 GamesBeat: One of my favorites of this generation is BioShock. Let me hear your thoughts on it.

Bleszinski: Of course. Here’s the thing. There are games that come out, and my wife will watch me play it for a couple of hours. Then she says, “Are you going to go back to that game?” And I’m like, “No, I got the idea.”

It’s the same thing with restaurants. These restaurants are all pretty good, and you say, “Yeah, maybe I’ll go back there eventually.” Then you [go to] one that’s that good … and you’re hooked. Resident Evil 4. BioShock. Even BioShock 2, to their credit. As much as I complain about Halo 4’s story being a little bit confusing, I beat it. I don’t beat a ton of games. I thoroughly enjoyed Dishonored, but I haven’t had a chance to go back to it because we got interrupted with all this travel.

Where were we? Beating games and quality and all of that. BioShock was phenomenal. I think [BioShock] Infinite is going to be amazing. If anyone can ship that game, [former Gears of War executive producer, now executive vice president of development at BioShock developer Irrational Games] Rod Fergusson can. Ken [Levine, the creative director at Irrational] is a mad genius, man. The shit that he puts in his games … .

That was my joke at Epic before I left. If I came to this studio and I pitched a robotic George Washington and a giant clockwork bird, people would be like, “Dude, are you high?” That’s the joke about screenwriting and script development. “You gotta cut out the monkey.” “THE MONKEY’S THE BEST PART!” I always joked that it was Johnny Depp’s performance in Pirates of the Caribbean that made that movie work, but that was also the thing that the studio was the most worried about. Sometimes it’s the thing that’s the weirdest or quirkiest that’s also the most interesting.

My concern for that game and that franchise is making sure that they keep that disc in play. Even if that campaign is 16 hours, a die-hard fan will rock that in a weekend, and then he’s going to be like, “Why am I going to keep this disc?” I don’t know how long the game is. I don’t know what their DLC [downloadable content] plans are. But if I was running that game or franchise and I knew that the multiplayer might not work out — I don’t even know what their plans are for the multiplayer — I would start some sort of plan to have consistent DLC every quarter. However big or however small.

That’s what Randy [Pitchford] and the guys at [Borderlands developer] Gearbox get. In the current era of disc-based games with DLC, you have to add DLC relatively quickly to fight the battle against GameStop putting out those flyers: “Trade in your game in a month!” They’re winning the battle against used games.