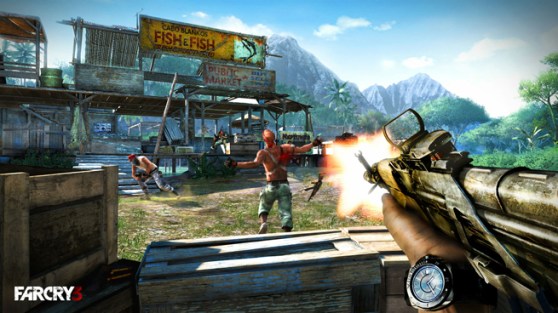 And so Far Cry 3 … I didn’t want to like it. It didn’t feel like a property to me. But firing up the third one — the bad guy, Vaas, he looked like he was very compelling. Apparently, there are some great evil moments with him throughout the game. I do feel like the protagonist is what a video game designer thinks your average gamer is. He came across kind of douchey.

I was saying that I want to play the game where I’m Vaas, and I get to torture these college kids who came to get fucked up on my island. I identify with the bad guy more than the good guys. But at the same time, what they did with the wildlife and the crafting system, and even the tattoo branching stuff, the perks and all that … it’s a great game. Also, as much as I don’t like firefights in jungles — I think it makes it too hard to see — I’m in paradise, right? That’s a cool environment to be in as opposed to being an underground miner on Mars.

Bleszinski: Well, the protagonists, again, don’t work very well for me. Some of the travel distances are a little bit far. It feels like you have to drive forever. The fast-travel system also isn’t very clear. I’m wondering why I can’t fast travel to any village that I’ve discovered, like in Skyrim. I might be missing something. The [user interface] could have been a little better.

But those are minor quibbles. Overall, it deserves its accolades.

That’s one of my big, big pet peeves. You have this amazing system, this city I can go and explore. I can assassinate people and then hide and deal with the authorities. Let me get to that. I know that the left stick moves me around, OK?

The thing with this generation is, it used to be that you’d start a game. You’d fall down into a room with this dude, and the first thing you’d do is hit all the buttons on your controller. “Oh, OK. A is jump. B does some sort of sword thing. I don’t know what Y does yet.” Now it’s just like, every little thing is fucking hand-holding every two seconds. “OK! Fine! I don’t need a new tool-tip! Let me learn by myself!”

Bleszinski: We evolved that for Gears 3 to the point where if you picked it up and you actually knew how to do everything — you could hit all the buttons yourself — you never got any of the tool-tips. In my opinion, that’s the best hybrid way of doing it. If I’m the guy who goes, “OK, I’m in the first room. I’ll hit A, B, Y. Now I know what to do,” I don’t need a tutorial. I’d rather be the one pushing for it as opposed to having it pushed on me.

It’s part of what I think has been a dumbing-down of games in this generation. I myself am personally partially responsible for that, with the games that I’ve worked on. It’s what I’ve called the E3-ification of the industry, where you’re not always building the best systems to interact with. [Editor’s note: E3 is the annual games industry trade show with hundreds of demos.] You’re building the best demo that shows the monster and the tower falling and all the exploding stuff around you. Yeah, that’s cool, but that doesn’t yield infinite gameplay possibility, which is far more compelling to me now. 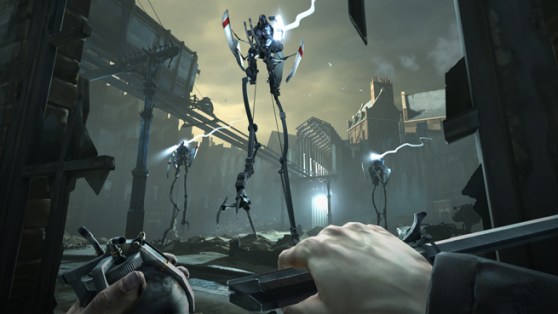 GamesBeat: Was there anything you played in the past few years that really wowed you? It doesn’t have to be a shooter. Anything that made you think, “This is done right on all levels, from the top down.”

A lot of that is because of that teleport move they put in there. The Nightcrawler “bamf,” going across from dark spot to dark spot. The world had this kind of Half-Life or BioShock vibe to it. It was very compelling. It was unflinching with the brutality, too. I hope it sells well because I think it deserves to have a lot of commercial success and a sequel. It’s a very good game.