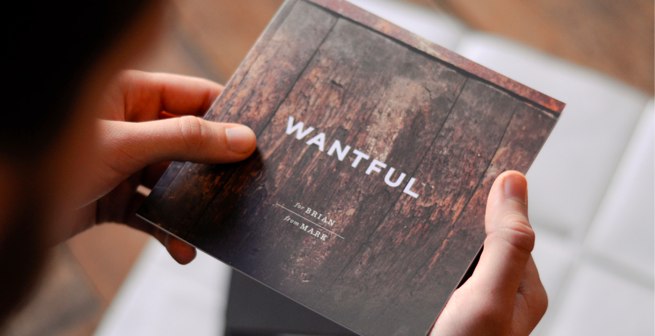 With startups, as with body building, you may need to slim down before you bulk up.

Gifting startup Wantful laid off 9 of its 26 employees two weeks ago in an effort to remain lean. While layoffs of this magnitude are often a signal that something is wrong, Wantful had a lucrative holiday season and is riding on a substantial cushion of venture capital. Like many of us, the company resolved to start of 2013 by getting leaner and refocusing, said chief executive John Poisson.

“In the course of building out the company in 2012, we learned a lot about what we require to scale the business,” Poisson said in an interview. “We made a big push to build our product assortment from 300 to more than 4,000, and those efforts are paying off.

“Now that those major components are built, we can operate with a leaner team and focus on what makes the service work well.”

The company now has 17 employees, according to Poisson.

Wantful is an online gift-giving service characterized by high-quality gifts and exquisite design. Users visit the website, answer a brief questionnaire about the recipient and their budget, and are presented with an array of curated gift options. They then select 12 products which Wantful assembles into a nicely-printed custom catalogue and delivers to the recipient, who then picks one as their gift.

This model strikes the difficult balance between wanting to put time and care into a gift, while also wanting the person on the other end to receive something they genuinely want. Yet another coffee table book or pair of arty earrings is not desirable, but then again, neither is a digital gift card.

By all external signs, Wantful is doing well as a business. It raised $5.5 million in March, led by Polaris Venture Partners, with additional investments from Dogpatch Labs, Harrison Metal, Greylock Partners, and Forerunner Ventures. Arjun Sethi and Dave Morin are also listed as investors.

Subsequently, the business took off: It generated media buzz, introduced an iPad app, and distributed a big, expensive-looking, coffee-table-quality catalog in December. It also added new features to its core product, such as the ability to buy individual items. And, according to Poisson, it moved a lot of merchandise during the holidays.

It was thus surprising when a tip came in to VentureBeat that claimed the company was going through a round of layoffs due to mismanagement.

Poisson confirmed that Wantful significantly downsized the staff, but downplayed the allegations of mismanagement. Poisson said the layoffs are part of an effort to continue bringing in revenue, rather than a result of not bringing in enough.

This is Poisson’s fourth startup. The inspiration for Wantful came when he was searching for a friends’ wedding gift in Europe and, despite being surrounded by beautiful merchandise, could not find what he was looking for. He said Wantful distinguishes itself from other gift-giving services and retail experiences by being intensely focused on the needs of the customers. Last year, the team spent time gaining an understanding of their customers and are responding accordingly to those insights. Part of that response means eliminating members of the merchandizing and marketing teams.

“We are building lasting relationships with high-value customers that appreciate design and quality,” he said. “A lot of activity in the gifting space is around social integrations or digital gift cards that are designed to generate fast short-term growth. The way we approach our platform is all about the long term value and we are seeing the results already. We have high growth margins, high average order sizes, and really fantastic customer loyalty.”

Since Wantful is predicated on the idea of “quality over quantity,” it does not make strategic sense to keep funneling resources into increasing the inventory. Poisson said the team will continue to grow, but for right now, the smaller team is the right size for where the company stands.

He also said there are some exciting new things in the pipeline, and while he would not provide details, said they related to integrating the gift-giving focus of the web platform with the more magazine-like iPad experience.