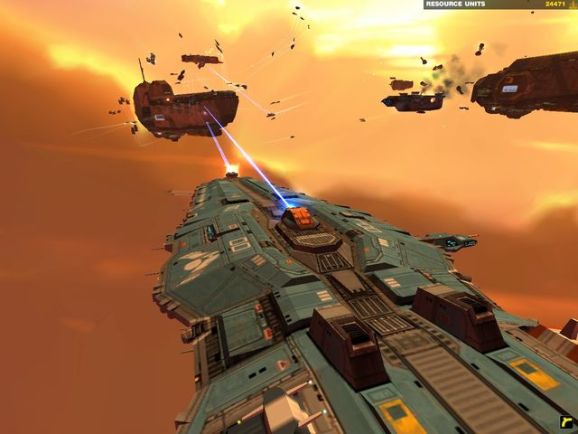 The development studio teamPixel is asking Homeworld fans a question: Do you trust it with the potential future of the space-themed strategy franchise?

In the case of Homeworld, THQ’s farewell to the industry means that other studios with interest in the series can resurrect a name that hasn’t seen a game in almost 10 years. Homeworld is a space-combat real-time strategy (RTS) series developed by Relic Entertainment. Relic’s last entry was Homeworld 2, which released in 2003.

GamesBeat interviewed Rob Santos, the head of teamPixel, the independent developer that launched a crowdfunding campaign on Indiegogo in hopes of buying the property when THQ auctions it off. The developer has a background in web design, web development, desktop software, and mobile applications, according to its Indigogo page. It has also made games on-commission for smaller companies, so taking on a franchise with a hugely dedicated fanbase like Homeworld is a major challenge for the developer. TeamPixel is aiming quite high, but Santos argues that if he doesn’t take that risk, who will?

GamesBeat: Our understanding is that teamPixel wanted to buy Homeworld, but you had to wait because THQ will sell it in a separate process. Is that right?

Rob Santos: This is correct. We tried getting the bidder qualification process started a few weeks before the Jan. 22 date for the first auction. We jumped through a few contacts in the associated law and banking firms, and when it became apparent none of our interest was in the larger properties or studios, we were told to sit tight for further information regarding THQ’s legacy assets. This furthered our desire for a SaveHomeworld.com campaign because it became apparent at this point that Relic would not be keeping the Homeworld IP, at least according to the contacts we spoke to. For weeks, we sat waiting and hoping the information was wrong and that Homeworld did stay with Relic, but when word leaked that legacy IPs were still being held with THQ, we launched our campaign hoping to provide an indie-solution to the 10 year wait for more Homeworld. 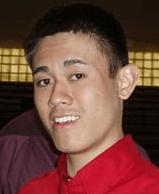 Above: Rob Santos, head of teamPixel, the indie developer interested in buying Homeworld.

Santos: We’re trying to position ourselves as a messenger through which fans can collectively express their desire for future Homeworld games. I have to state it this way because the SaveHomeworld.com cause can’t be quantified purely through dollar amounts. We’re trying to be very sensitive to the deeper intentions of our contributors. Most fans that donate to us send their best wishes to our indie studio but also state they wish Relic were involved. With this in mind, if we arrive at the auction and find ourselves bidding against a Relic representative, it’s likely we’d withdraw through whatever legal means available during auction proceedings. So far, that’s the feeling I’m getting from our contributors about what they want.

GamesBeat: Most of the companies making these bids are larger ones like Sega, who bought Homeworld developer Relic. What made an indie developer like teamPixel decide to do this?

Santos: You actually point out a business irony that’s often related to the innovator’s dilemma in the tech industry at large. There are a lot of successful gaming companies out there available to accomplish great things. Sometimes you get trapped in your own success and only start to work on things you think will bring even more guaranteed success. Homeworld has a dedicated fan-base, but I think many businesses classify it — and space games in general — as higher-risk with lower return. They’d rather stick to their more trusted and mainstream successes. When larger companies choose this route — and in Homeworld’s case choose this route for nearly 10 years — I feel it’s up to smaller companies to be more entrepreneurial risk-takers.

GamesBeat: The answer may seem obvious, but how do see this as an opportunity for the revival of long-gone franchises like Homeworld? After all, that’s your plan here. That’s definitely a positive side to the THQ situation, right? Or do you?

Santos: Sometimes, the most obvious things are not the most apparent. I love the industry too much to ever utter good riddance over a dying company. The toll it takes on employees and potential creativity in the industry is an overwhelming loss that touches everyone in some way. I think technology is advancing such that there will be more and more profound connections between gamers and developers. In addition, the tools to create games are becoming pervasively accessible to everyday people. All of these together give the industry a lot more economic granularity and traction for identifying opportunities in lost franchises and matching them up with the right developers so fans can be satisfied and businesses can benefit.

GamesBeat: If you don’t win this bid, is there anyone you’d like to see pick up Homeworld?

Santos: After Relic and other ex-Relic-staffed studios were unable to make headway with the series after nearly 10 years, our goal was to provide gamers with an indie-studio choice for the franchise. Otherwise, Homeworld belongs with Relic. The guys over at Blackbird Interactive seem like a really great choice, too. Fans should definitely check out their upcoming Hardware game.

GamesBeat: I read on the Indiegogo page that the team has made games for local companies. What other experience does teamPixel have in the gaming space?

Santos: For outside companies, we’ve made smaller games as marketing tie-ins to other nongaming products. These were done on commission and branding them as a teamPixel production was not allowed in our contracts. I think there’s a lot of misperception about how much work we’ve actually done simply because our website looks a little sparse. When you do a lot of B2B work as a smaller company,  sometimes many of those contracts don’t let you put your name on deliverables to avoid diluting the company’s branding. Maybe we should push more to stick our logo on things. Generally, we take on outside contracts to fund our own company projects. Right now the ratio is probably 15 external for every one project of our own, but we’d like to switch exclusively to our own stuff by the end of the year.

Internally, we’ve been experimenting with Flash and the Source Engine for game development for years, and we added Unity to our repertoire in 2012. We’re targeting developing some UDK proficiency in 2013. We also have staff that have been involved in modding before the company was even founded eight years ago. I personally got into modding games due to Homeworld and Half-Life 1. We were actually three months deep into producing our own independent space RTS inspired by Homeworld when the opportunity to buy Homeworld itself popped up. Our Homeworld Touch demo is all our own code with some borrowed assets for non-commercial demonstration. It is actually our own space RTS game, modded to look like Homeworld 1 as a concept demo for the fans, and it runs on desktop [PC/Mac] in addition to Android and iOS touch platforms.

If we don’t end up making a Homeworld game, we’re all still very excited to be launching our own unique IP. We’re hoping to take some chances in game design that bigger and more risk-averse companies are too afraid to do.

[Above: The Homeworld Touch demo as shown on teamPixel’s Indiegogo campaign page.]

GamesBeat: Is this Indiegogo campaign more about raising awareness for the game than it is about winning the property? Could you be getting a bid in with hope that a larger developer raises it and scoops up the IP?

Santos: In my opinion, there’s definitely a “David vs. Goliath” feeling about the whole campaign. Most rational people will probably think it’s ridiculous to even try, and they are probably right, but we push forward because we really believe fans deserve a chance to fight alongside each other for the future of this franchise. With these in mind, I believe the campaign is half awareness of the 10-year wait fans have endured and half an offering to have an indie studio helm the franchise. In the end, we’re fans just like everyone else, so not a day goes by where we don’t look toward Relic or Blackbird Interactive wondering if they’ll step in. We’re not adamant that the next Homeworld be made by teamPixel. Rather, we’re dedicated to promoting a future for the franchise, and releasing our own space RTS somewhere along the way.