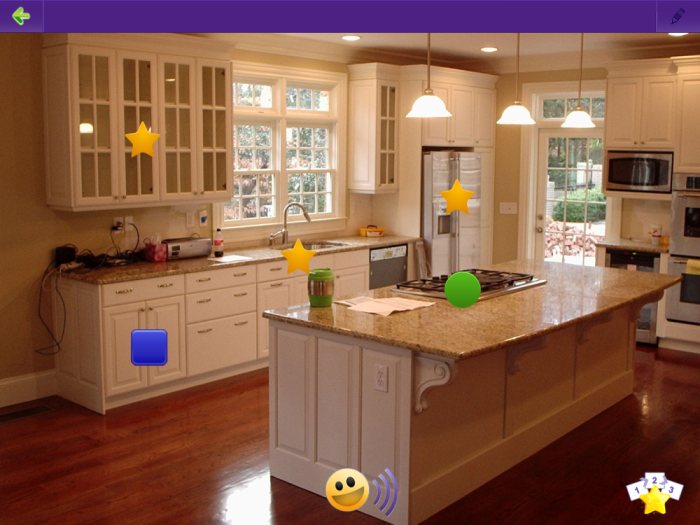 For children and adults with autism, who face daily challenges with basic social interaction, the iPad has been something of a godsend. Apple’s tablet has ushered in a slew of autism therapy apps that aim to replace equipment that previously cost thousands.

AutisMate, a new app launching today from New York City-based SpecialNeedsWare, is joining that increasingly crowded field — but its makers are aiming to go beyond the competition with some helpful personalization features.

You can use AutisMate to create “scenes” by taking photos of rooms in your home, and then use them to construct interactive scenarios for autistic members of your family. With a photo of their workspace, for example, you can record simple explanations of their favorite toys, or tools like a chair or lamp. Similarly, you can use a photo of your bathroom to point to helpful videos on basic tasks like brushing your teeth. The app supports GPS, so it can show kids with autism relevant scenes based on where they are.

“Those with autism often struggle with verbal communication, and also connecting with others socially and knowing how to behave properly in certain settings. AutisMate provides them the verbal tools to connect,” said SpecialNeedsWare co-founder and chief executive Jonathan Izak in an interview with VentureBeat. Izak was inspired to create the app based on his own experience with his younger brother Oriel, who has autism.

Since autistic individuals often feel more comfortable dealing with what’s familiar, being able to fully customize AutisMate could make it more effective than other therapy apps on the market. The app also includes sentence building (which is the only feature in some therapy apps like Proloquo2Go), extensive video modeling, visual stories, and a visual scheduler.

AutisMate is backed by scientific research and a network of 300 autism experts, researchers, and experienced parents.

Co-founder and chief operating officer Ankit Agarwal noted that 1 in 88 children today are diagnosed with autism, and 60 percent of them are non-verbal. It’s also the fastest growing childhood developmental disorder, with incidence rates almost doubling since 2002.

AutisMate will be available soon on the iTunes Store for $150. That may seem like a hefty price, but it’s within line of other autism therapy apps, like the $190 Proloquo2Go. It’s also significantly cheaper than past therapy machines, which could cost upwards of $15,000. Izak noted that the company is also considering a lite version of the app to let consumers get a taste of its features.

SpecialNeedsWare has raised a first round of funding from private investors, many of whom have a personal connection to autism research.

Check out a brief demo of the app below.