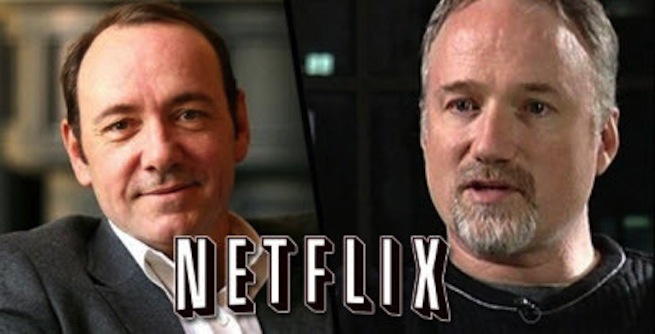 Netflix CEO Reed Hastings has a track record for making bold decisions about his company based on the prediction of a successful outcome.

So, Netflix’s decision to ask investors to pony up more money for (among other things) new original content —  days before the release of its first big series premiere, House of Cards — definitely qualifies as one of those decisions. (I say this because there’s a possibility that people won’t like the show. Sure, early reviewers had glowing things to say about it, but they don’t always speak for the general viewing audience.)

In a letter to investors today, Hastings asked investors to finance $400 million (PDF), which the company intends to use for refinance existing notes ($225 million) and other “general corporate purposes.” But, AllThingsD‘s Peter Kafka points out that the vague-ish “purposes” for the remaining amount will go toward producing new original content, according to statements Hastings made in the Q4 2012 letter to shareholders last week.

Hastings also told shareholders during the Q4 earnings call that the company doesn’t expect to see a huge boost in subscribers attributed to House of Cards or any of its other premieres. Basically, even if the show isn’t a big hit, it shouldn’t affect its strategy for future growth. That’s also true for Netflix’s other original shows, including Arrested Development, Eli Roth’s Hemlock Grove, Jenji Kohan’s Orange is the New Black, and Ricky Gervais’ Derek.

And unlike other television shows, Netflix content isn’t beholden to audience ratings, which TV networks use to determine the programming that gets more seasons or canceled. I suspect the only way we’ll really know if one of Netflix’s original shows isn’t a hit is if the company doesn’t ask for a new season.

Netflix’s confidence comes a week after the company’s Q4 earnings exceeded expectations and pushed its stock price up significantly. Even after asking for the new investment, Netflix’s stock closed at 169.12 for the day.