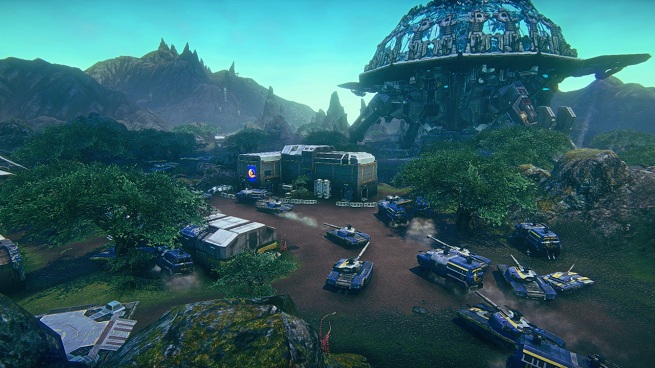 The second word in the name “Sony Online Entertainment” isn’t just for show. The developer is proving its web expertise with the promotion its most recent PC game, PlanetSide 2. SOE has the difficult task of hyping up a shooter in a competitive market saturated with them.

A couple of PlanetSide 2’s strengths are that it’s free-to-play and massive in scale, with thousands of players competing in individual matches. So in order to fill out the ranks with new players, SOE is partnering with popular YouTube gamer pundits, bringing fans into the development process, and working with the Major League Gaming electronic sports organization. This wide approach reflects the changing ways that players hear about and engage with games, and it has some serious potential.

SOE recently hosted the PlanetSide 2 Ultimate Empire Showdown exhibition event just outside of Los Angeles. The company invited Total Biscuit, SeaNanners, and LevelCap Gaming — popular YouTube broadcasters who focus on gaming — to come play. The three of them alone have a combined following of 2.6 million viewers. 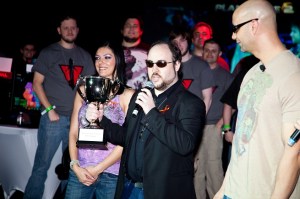 In particular, Total Biscuit (his real name is John Bain) is a Planetside aficionado, going back to the original that came out a decade ago. Knowing Total Biscuit’s admiration, SOE brought him in during the early stages of development for PlanetSide 2 to cover the game through his YouTube channel. Not a bad idea considering he currently has almost one million subscribers and well over 300 times that number of views.

“I’m known for giving my honest opinions, yet they’re willing to give me the opportunity to play this anyway and still let me say whatever I want,” said Total Biscuit. “I did this big critique video of them while this campaign was going on. Were they upset by it? No, it was quite the opposite. They took that feedback on board, because that’s the type of company they are. They understand that the only way to make a game like this successful in a highly competitive market is to listen to and implement feedback in the most efficient and effective way possible.”

He went on to contrast SOE’s tactics to an alleged search-engine-optimization scheme by Sega. Total Biscuit claims that Sega recently used a provision in the Digital Millennium Copyright Act to take down tons of YouTube videos related to the Shining series, some of which didn’t even feature footage or music from the games. This was all to supposedly improve the placement of any new promotional trailers on the video-sharing site.

“Sega flat out just doesn’t get how important YouTube is,” said Total Biscuit. “The fact is that you seriously ruin your PR if you go stomping on journalistic outlets.”

SOE’s approach, on the other hand, is to embrace not just the traditional gaming press, prominent voices like Total Biscuit, and other YouTube users but also the rest of the fans online. “Having a relationship with your community where they feel like they can converse with you is super-helpful and not even just to get more people to talk about the game,” said PlanetSide 2 creative director Matthew Higby. “When there’s a bug in the game, I’ll find out about it from Twitter before it’s posted on the forums or our QA team knows about it. It’s because we’ve cultivated a good relationship with our player base.” 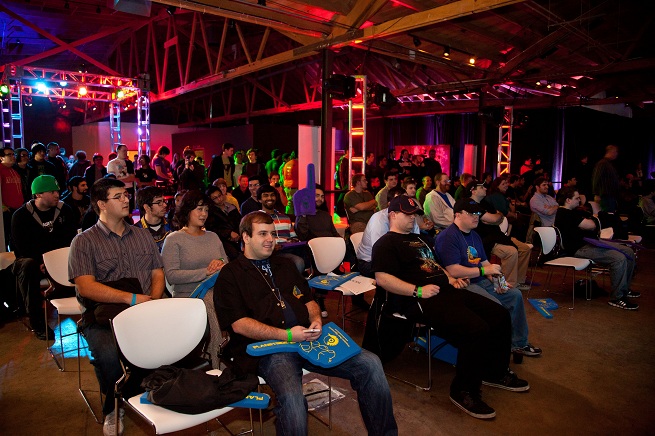 “That’s not some extraordinary, superhuman thing to do,” Higby explained. “You just have to put yourself out there and say, ‘Hey, you know what? We’re listening. We care about what you guys think. Let us know if you see something you like, something you don’t like, and we’ll listen to it.’ And then you start getting people working as partners with you.”

This development philosophy extends into the new Roadmap program SOE is implementing for PlanetSide 2. The team has its game updates for the next six months laid out online for fans to see and discuss. Players can even make suggestions and vote on what they want to see added.

“As a developer, it’s exciting to me because it helps us vet ideas,” said Higby. “We’re putting up our ideas, we’re getting ideas from the community, a lot of times those ideas intersect, and we can integrate their thoughts or suggestions directly into a bigger system we’re already making. A lot of times they’re going to come up with ideas that are just straight up better than ours, or we’ll  find out that we put up something and get a lot of negative feedback about it before it’s even patched into the game. That’s a stumbling block that’s really easy to avoid but nobody does right now.”

Higby stressed that even for popular change recommendations that the team passes on, he feels it’s very important to still explain to the players why they did so. It’s this type of commitment to the PlanetSide faithful and the integrity of the series that helped bring about the deal with Major League Gaming.

“They’re very much engaged with their community, said Major League Gaming co-founder and CEO Sundance DiGiovanni. “They’re very concerned about maintaining and protecting the value of the IP, the experience for the player, and that’s important. It’s not just something that they’re saying, but something that they’re doing. So that made us comfortable that they wouldn’t rush into this expecting too much too soon, but that they would take the time to do it properly.”

MLG plans to work with SOE to tweak some parts of the game so it can fit the e-sports style of online broadcasting but in a way that doesn’t change things too much. This involves, for example, paring down the number of players in the MLG-featured PlanetSide 2 matches from thousands to hundreds to make them a little more spectator-friendly. 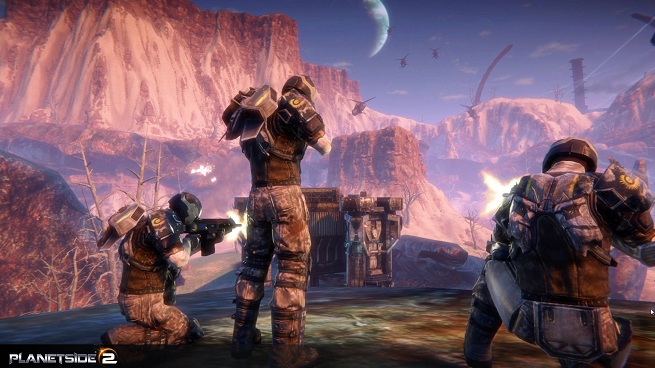 Will all of these different online, social media-infused tactics pay off for SOE? Over three million players have logged on to play PlanetSide 2 already, which looks like a pretty solid start considering the game launched back in November amid the busy holiday season. Plus, the Roadmap feature and MLG partnership are barely underway now. Chances are, players won’t have any trouble finding enough teammates and targets to fill out the hundreds (if not thousands) of slots available for matches in 2013.