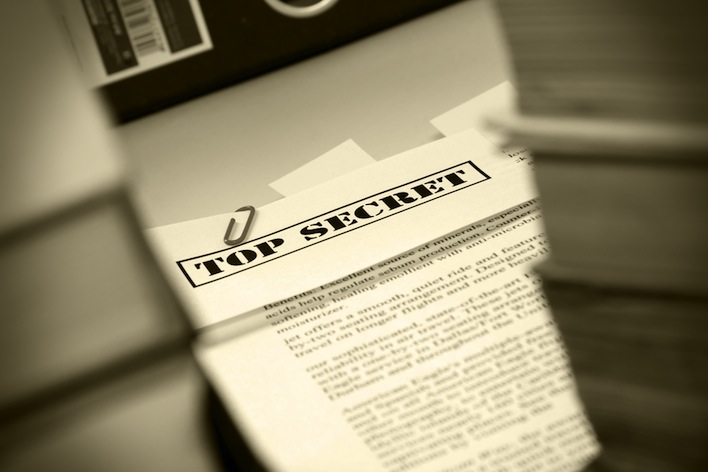 Think of all the messages you text each day. Many of them have probably been forwarded to other people and archived in places you don’t even know. Well, self-destructing messaging app Wickr, has released new features today that it promises will protect you from that uncertainty.

Wickr is a messaging app that lets you send photos and texts that self destruct after a specified period of time. This week, the company announced it is also letting you send Dropbox, Box, and Google Drive files that will self-destruct at your command. It has also released new options that help you find contacts on the app and stay logged in for specified periods of time.

The difference between Wickr and other self-destructing apps such as SnapChat is that security, not content, is the main focus of the app. When the founders first started building Wickr, they were upset by the many liberties digital companies take with your data today. Specifically, Wickr calls out Google, Apple, and Facebook.

“I haven’t given my contact info to any app, but I bet there are hundreds of apps out there that have my contact information,” said Wickr cofounder Nico Sell in an interview with VentureBeat.

The founders hope that people will one day use Wickr in place of these companies’ messaging apps and text messaging.

When you send a message via Wickr, the company’s servers never actually see any of your information like your account details or your messages, but instead only see a series of numbers. And messages aren’t saved on the company’s servers. Once they have been delivered to your cell phone, they are immediately deleted from Wickr’s databases and are then further “destructed” from your phone.

But in order to make Wickr more appealing to a large number of users, the team has had to unlock the very restricted nature of Wickr. Originally, you were completely anonymous save for your username on the app. In order to message someone, you had to know their username.

“When we first built the product, we built it to be anonymous. … Then what we realized is that the majority of our customers don’t really care about being anonymous,” said Sell. “We didn’t want to do it in a way that we were collecting personal information.”

Sell called out WhatsApp for its privacy problems yesterday. The app is being accused by Dutch and Canadian privacy organizations of violating privacy laws when it comes to how the app saves contact lists.

You also had to log into the app every single time you wanted to send or read a message. In order to combat this, Wickr is opening up the app so you can decide if you want to be logged in for long periods of time. They caution, however, that this will lessen the security of your app.

I asked Sell whether she was concerned that opening the app in such a way would lead people to say Wickr is insecure. That is, someone could have a message leaked if they leave their Wickr app logged in and a friend reads the message. Then, because they took the risk, they might be angry with Wickr for ever opening the option for this kind of insecure behavior.

For Sell, the benefits of making a security app like Wickr accessible outweigh human error.

“I think we’ve been really careful about this and really tested and thought about using added usability features. We actually give you a pop up warning too and explain to you again that this is going to decrease your security,” said Sell. “There are so many other bars there of protection as well, this usability really allows people to use Wickr instead of text … and that’s going to increase security dramatically.”