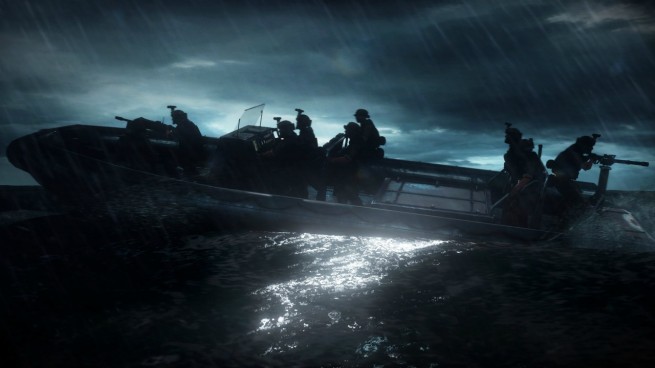 Although Electronic Arts thinks Medal of Honor deserved better reviews, the publisher doesn’t have any plans to continue the struggling, sometimes controversial series at this time.

During a conference call to investors, EA says it’s removing the military first-person shooter series from its release rotation — effectively canceling the franchise.

“We are in a hits-driven business,” Electronic Arts Labels president Frank Gibeau said on the call. “We missed with Medal of Honor. We take responsibility for that. The rest of the studios performed well. The Medal of Honor miss overshadows those achievements.”

“We’re going to give Medal of Honor a rest while we plan its return,” an EA spokesperson told GamesBeat. “We haven’t made any decision on how or when it will return.”

EA said it has a new Battlefield title coming in the next fiscal year. The publisher is putting a lot of energy into that game.

“The top five games are maybe half of the industry’s profits,” EA chief executive officer John Riccitiello said. “FIFA and Battlefield could be one and two as we transition to what we see coming [for those franchises].”

Prior to this announcement that Medal of Honor series was going dormant, most analysts assumed EA would release a Medal of Honor game and a Battlefield game in offsetting years. This way the publisher could have a major shooter on the market every holiday, but that is obviously not the case. At the same time, EA denied that would annualize the Battlefield series.

EA currently has a publishing agreement with developer Respawn Entertainment, which the former heads of Call of Duty developer Infinity Ward started after leaving Activision.

The rebooted Medal of Honor and its sequel, Medal of Honor: Warfighter, were not hits. Recast in the modern era, these games received mixed reviews and sales that do not compare to the Call of Duty and Battlefield games that it competes with.