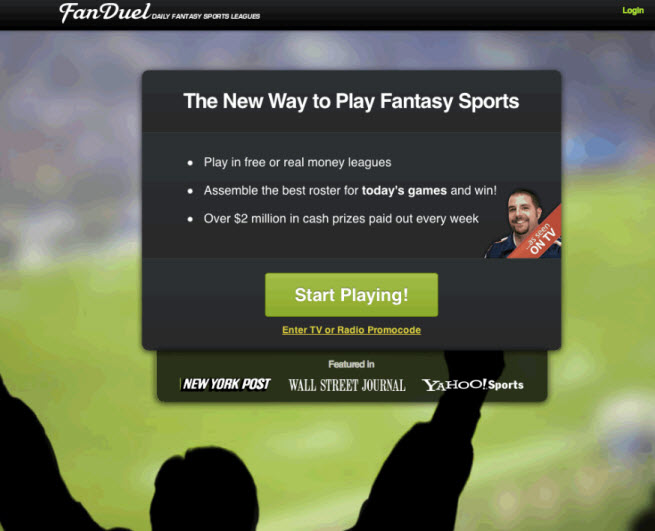 The big prize in fantasy sports goes to FanDuel. The New York operator of daily fantasy sports contests has closed $11 million in a third round of funding. 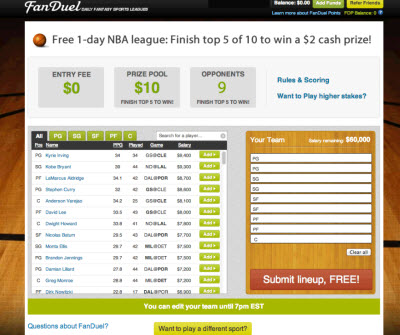 That’s one of the consequences of the company’s big presence in fantasy sports, where it offers cash prizes for daily contest winners. Players can play for fun or put real money down in the contests, which are considered legal because they require skill in picking the best fantasy teams. In 2012, the company paid out $50 million in league winnings, up from $10 million the previous year.

The company has 6 million fantasy line-ups entered its daily leagues. Fantasy sports are played by 35 million people in North America, but the market hasn’t been very innovative. In contrast to fantasy sports leagues that play out over months, FanDuel’s leagues last one day and prizes are paid out immediately as soon as the games finish. 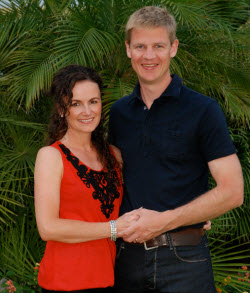 Andrew Cleland, a partner at Comcast Ventures, the venture capital affiliate of cable-TV giant Comcast, has joined FanDuel’s board.

“We feel it is important to back the biggest and most innovative player in this space,” Cleland said in an interview with GamesBeat. “The daily contest appeals to younger players. They play on mobile devices and enjoy the quick hit, snack-like game play.”

FanDuel has 40 employees in New York and Edinburgh. The company launched its site in 2009. Rivals include Snapdraft, Draftday, and Draftkings. FanDuel tries to distinguish itself by having a better mobile offering, with an app that is slick and easy to use. Players can sit in a sports bar and edit their teams. FanDuel also has big contests; during football season, it had one contest with a top prize of $150,000. The company gets its statistics on players from Stats Inc.

Nigel Eccles (pictured, on right), FanDuel’s founder and chief executive, said the move broadens the company’s shareholders and it will allow the company to expand its user base and product offerings. To date, FanDuel has raised $18 million. Eccles founded the company with his wife Lesley (pictured, on left) and three others.

“Real-cash gaming is appealing to venture backers, and FanDuel fits within that thesis,” Cleland said.