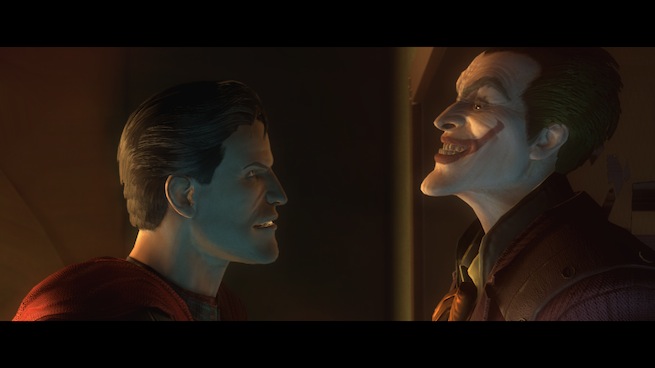 Deathstroke was kicking Batman’s ass. The sheer amount of bullets that the supervillain fired into the air juggled Batman as if he were a bowling pin. The Dark Knight had seen better days.

But this defeat isn’t a true example of the difficulty that Injustice: Gods Among Us offers. A technical hiccup made Deathstroke untouchable in my first three fights against him — though I suppose that’s fitting, given the assassin’s history with Gotham’s infamous crime fighter.

NetherRealm Studios takes its first stab outside of Mortal Kombat fighting oeuvre with Injustice: Gods Among Us, which comes out April 16 for Xbox 360, PlayStation 3, and Wii U. The roster is a “who’s who” of superheroes and supervillains from the DC Comics pantheon: Superman, Batman, Wonder Woman, The Joker, Green Arrow, and many more.

This isn’t the first time NetherRealm has gleefully played with DC lore — the team was also responsible for the 2008 release of Mortal Kombat vs. DC Universe. Without any trace of its long-running gory tournament series within Injustice, however, NetherRealm is free to craft an entirely new fighting game that it hopes stands apart from the monumental shadow of Mortal Kombat.

The backgrounds are just as important as the characters

To distance itself from the Mortal Kombat games, Injustice introduces a new unconventional set of tools that you can use to destroy your opponents. You can interact with specific items in each stage to trigger a variety of attacks if you meet the right conditions. In Metropolis, you can make an APC vehicle shoot your opponent if you knock them into the air in front of it and press the right bumper on the Xbox 360 controller. 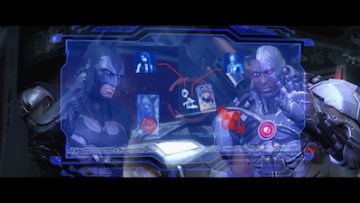 On a level that appeared to take place in the Justice League’s orbiting Watchtower, I made Batman grab flying robotic drones and toss them at Lex Luthor. Not every character can interact with these levels in the same way. In the story mode’s first fight between Batman and Deathstroke in Arkham Asylum, Deathstroke used a gurney to quickly bounce up and over the caped crusader before I could blink. If you used Superman or the hulking undead behemoth Solomon Grundy instead, they’ll just pick it up and smash their opponents.

“The successful players [will be] the players that are going to incorporate the background elements into the match versus just trying to play it like a normal fighting game,” said NetherRealm Studios producer Hector Sanchez. “That’s why the arena choices are so important at the beginning of a [multiplayer] match. Do I want to play in a match where someone has the opportunity to keep throwing stuff at me, or do I want to play a match that’s more about positioning?”

It’s an odd idea that’ll take some time getting used to. A practice mode explains the finer details of each level, pointing out all the objects you can use and how much damage they do. 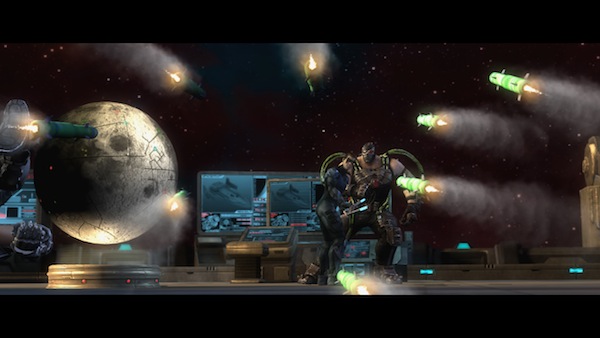 Staying in the fight

One aspect of fighting games that is easy to take for granted is the round system: Battles visibly begin and end with specific animations as one character perishes, with a large number on your TV indicating the start of the next bout. That’s why it took me so long to realize that Injustice doesn’t have any rounds at all. Instead, characters have two health bars layered on top of each other, and when one of them loses the first part, the action briefly pauses as that character picks themselves up again.

This lack of interruption is also seen in the story mode, which moves at such a brisk pace that I was completely caught off-guard by Deathstroke’s attacks after a cutscene smoothly transitioned into the fight. Sanchez explained that this was one of the top priorities for Injustice creative director (and Mortal Kombat co-creator) Ed Boon, who wants the presentation to go “completely flawless.” 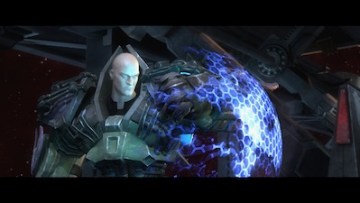 For some of these storytelling segments, you don’t even have to put down the controller. Timed minigames appear for certain groups of heroes and villains, and the outcome determines how much damage your opponent will already have going into the fight. One such event takes place when playing as Batman: Lex Luthor starts charging toward you, and you have to throw your Batarangs to slow him down.

It’s not a big deal if you miss some of the button prompts since you can’t really “fail” — your opponent’s health bar will just remain full or barely unchanged. But if you succeed, you’ll have a definite advantage.

It worked rather well. The narrative hooked me in right away and didn’t let me go until the demo’s cruel cliffhanger, where Batman and friends were racing to stop the Joker from activating a dangerous weapon. That scene had enough tension and drama to fill up an entire graphic novel. But this was just the first chapter.