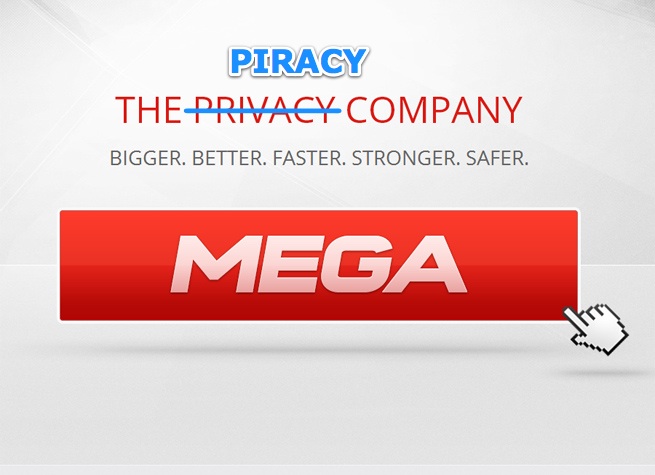 Well, it looks like Kim Dotcom’s Mega, the cloud storage service and successor to the now defunct Megaupload, could be facing its first big legal problem. And it’s happening less than two weeks after launching to the public.

A new “collaborative” search engine, called Mega-Search.me, recently went online, and it allows Mega’s 1 million users to share the files they’ve uploaded to their own personal cloud lockers. It works by allowing people to add links to the files stored in their Mega account. Those links can then be searched publicly and downloaded by anyone. You can also vote on each submitted link, view the number of downloads for each file, and more.

The problem with Mega-Search.me is that most of the files are illegally pirated music, movies, TV shows, and software — not to mention lots of pornography. It’s worth noting that there is an “infringement” button linking to Mega’s policy that’s prominently featured on Mega-Search.me’s top navigation bar, for whatever that’s worth (which is likely nothing). 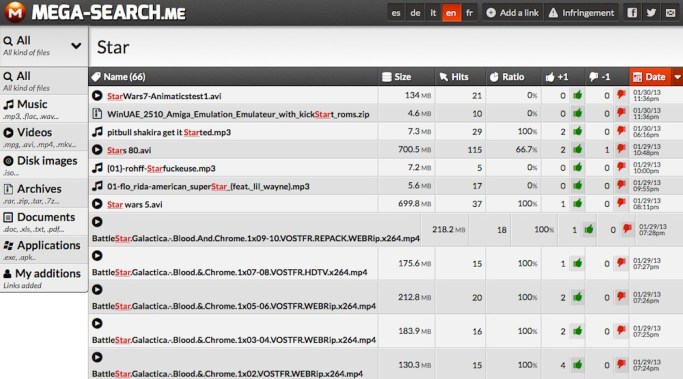 Mega is supposed to be a cloud storage site that’s so unbelievably secure that Mega’s management team can’t even determine what’s hosted in each user’s account. That conveniently allows Mega to claim ignorance when authorities accuse it of facilitating piracy.

It’s likely the creators of Mega-Search.me aren’t directly affiliated with Dotcom or Mega, but that doesn’t mean Mega is off the hook. First of all, Mega-Search.me shows that Mega is being used for illegal purposes. And while Mega may not feel like it has a responsibility to police its users to make sure they’re not uploading pirated files, the fact that it’s allowing users to access those files publicly on a site like Mega-Search.me definitely does obligate Mega to remove them.

It’ll be interesting to see how Mega responds to the situation. If the service wants to be respected as a legitimate business venture, it will avoid supporting Mega-Search.me and figure out how to prevent this type of situation from happening in the future. If it doesn’t, then Mega could easily become the next nut for authorities to crack.