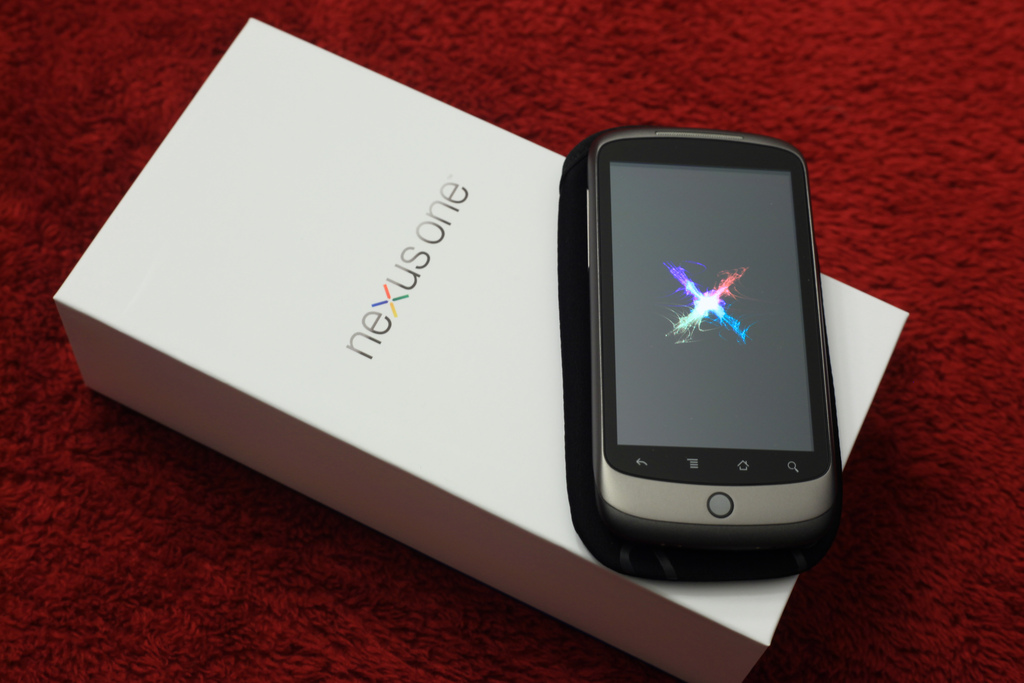 According to App Annie’s January app store report, Japan passed the U.S. in October last year as the top nation in the Google Play revenue charts, with Korea not far behind. And with China jumping up to sixth place by revenue in the iOS app store charts, it’s clear that a sea change is occurring: Asia is starting its almost inevitable domination of global smartphone and tablet app stores.

“The U.S. has always been the largest app store, but especially for Google Play, it’s shifting,” App Annie senior analyst Shelene Chang told me yesterday. “This is not just app economics … this is all economics. Asia is showing its strength, and that is going to have an impact on app publishers’ international strategy.”

With 1.6 billion phones shipped in 2012 and 75 percent new cellular plans sold in Asia and Africa, Asia is clearly a key market for both Apple and Google.

When Apple released its Q1 2013 results last week, CEO Tim Cook said the region (including Taiwan and Hong Kong) was now Apple’s third largest by revenue, and the fastest growing. That’s evident in the app store as well, where China has moved from eighth to sixth in overall country revenue in just three months.

“Publishers have always known that Asia is big, but the question has been whether you can monetize,” App Annie’s VP of marketing, Ollie Lo said yesterday. The answer now, is definitely yes.”

But Asia’s fast growth is nowhere as evident as in Google Play numbers. Japan now exceeds the U.S. in terms of Google Play revenue, and based on growth rates, Korea is not far behind: 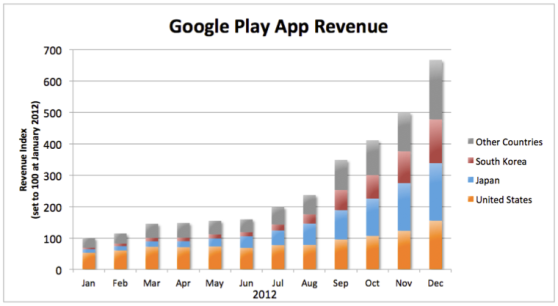 “A lot of countries — non-Western and non-English-speaking countries — are still dominated from app publishers from the U.S. or Europe, App Annie’s Lo told me yesterday. “But China, Korea, and Japan are dominated by local publishers. They have a big enough domestic market and big enough tech scene to sustain that, which has always been the case, including in web, with Tencent and other companies.”

I wondered out loud, when seeing the results, if the heavy games orientation in Asian countries was a factor of demographics — age of smartphone users — or something in how Japanese, Korean, and Chinese consumers use their phones. Lo wasn’t able to speculate on usage behaviors in these countries and whether they differ from American or European usage behaviors, but he did say that it’s not just the young demographic that plays games in Japan, China, and Korea: Smartphone owners of all ages play games quite frequently.

Which is something that app publishers will want to keep in mind when targeting games — or other apps — to the growing Asian app markets.