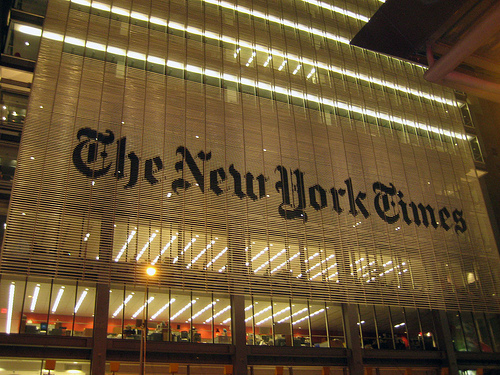 Media companies, it’s time to fire up those firewalls.

The New York Times has reported that Chinese hackers secretly attacked its networks for four months. The timing of the attacks syncs with stories it ran investigating the family wealth of Chinese prime minister Wen Jiabao, the newspaper said.

According to executive editor Jill Abramson, there was no evidence that the hackers had actually accessed sensitive files or emails. This means either they were the worst hackers in the world or The Times really has no idea what the hackers got their hands on.

The report is significant because it shows just how easy it can be to infiltrate the networks of multinational media organizations. Clearly it’s not just the military and utilities companies that have to worry about being hacked by foreign bad guys.