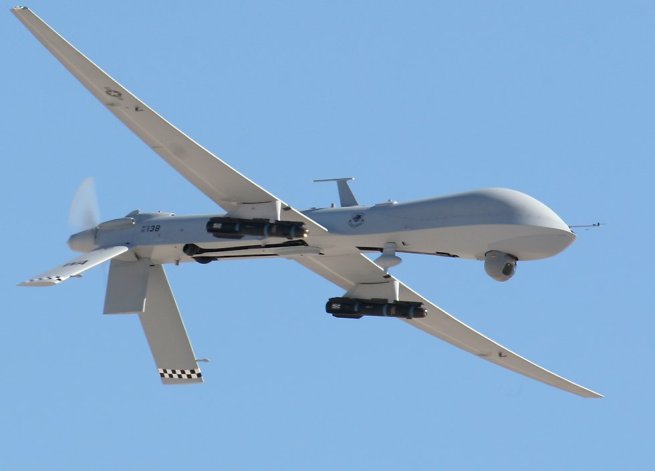 The United States military has more than 6,000 unmanned aerial vehicles in its arsenal. That’s more than the 2,300 fighter jets the U.S. has, according to a PBS investigation. We’re quickly moving toward a world where human-controlled robots represent our nation on the front line of war.

A primary criticism of the drone program is that the technology reduces real killing to nothing more than a video game. Well, a few drone pilots currently stationed in Afghanistan spoke out against that notion in a question-and-answer session on the popular Internet content-aggregation website Reddit.

Four drone operators hopped on to a single account for what the Reddit community calls an “ask me anything.” They each went by a one letter codename. A Reddit moderator verified that the pilots were legitimate.

Reddit user OMGWTFBBQCrew asked the team: “What kind of training do you undergo to pilot these seemingly ‘real life video games’?”

“It is a six-month course crammed into one month of intense training earning us an FAA student pilot license,” the pilot known as S said. “A lot of studying is involved, so we are required to hit the books pretty damn hard. We do, however, have personnel who are in fact licensed pilots ranging from small Cessna planes to regular, commercial planes like 747s. As for the video game part of the job, it usually involves a lot of Call of Duty on our down time.”

Another Reddit user, Gravitythrone, wanted to know if the pilots thought video game skills would translate to operating a Predator drone. Again, the pilots seemed to bristle at the implication that video games have anything to do with piloting a UAV.

“I wouldn’t say so,” the anonymous pilot known as W wrote. “I wasn’t much of a gamer prior to this job. I don’t think it has had a negative effect on my job skills.”

The drone operators certainly enjoy Call of Duty. The pilots mentioned it in several different answers.

User Jhunte29 asked a series of questions to determine specifically how much flying a drone is “like Call of Duty.”

An unspecified pilot answered with only the following: “I can tell you that this is the [most boring] game of Call of Duty you’ll ever play.”

Finally, users JonathanDnD asked if anyone on the team grew up playing games.

“Sure did,” the pilot known as J wrote. “Grew up on Zelda, Final Fantasy, Metal Gear Solid, everything Nintendo … until the Wii.”

So that’s that. Drone pilots play Call of Duty, they think their job is boring, and they don’t like the Wii.