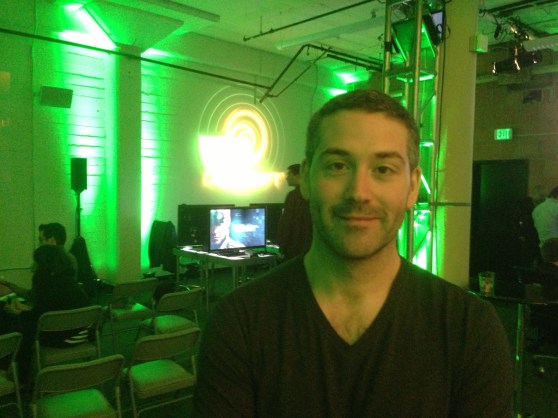 When the creative director of the Splinter Cell franchise goes off on a wild tangent during an interview, you better believe I let him. And Maxime Beland, said creative director, had a quite story to tell. It’s an important tale about friendship, woe, self-realization, things on fire, massive spoilers, and the one common thread that could possibly tie all those elements together: Minecraft.

“What I realized in recent years,” he begins, “is that I’m a very casual player of massively multiplayer online games. Like, I’m not a hardcore guy when I play them. So I’ve got a friend — he’s an engineer on our team. He’s the smartest guy I know. Like, three times smarter than the next guy, probably, and he’s my co-op buddy for a lot of those games.”

“And I love it, because it’s not about playing the game as much as it is just being with him and being kind of his sidekick, in a way. He’s the one who does all the research. ‘Oh, we need to go there, we need to kill this guy, and then we’re gonna go. …'”

Beland flicks his hands around. His friend’s plans run deep.

“I’ve been playing Minecraft with him recently, right?” he continues, “But it’s so not the classic Minecraft experience. Like, we’re on the server, and I’m like, ‘I’m tired, I’m going to bed.’ I come back the next day, he’s like, ‘Max! Max! Grab some stone of this, and grab that,’ and OK, how do I have a lighter now?”

Maxime’s friend also isn’t big on explanations when they have work to be done. Maxime just goes with it. “He’s like, ‘C’mere, c’mere, put some blocks there!’ and I’m like, ‘What’s happening? What’s happening?’ and suddenly, there’s a fuckin’ portal to go into Hell! Holy shit!”

“So, it’s like I’m very casual about it,” says Beland in a very noncasual manner, “but at the same time, I’m having a blast.”

Of course, it’s not all gold ingots and Ender pearls. Issues and spats occur, just like you’d expect with any roommates living together in a virtual Legoland.

“One night, we started playing at 1 a.m., and he sent me an email at 6:30.” Beland drops into a flat monotone, imitating his friend. “He’s like ‘Yeah, I read the entire Minecraft wiki.’ What? Don’t you want surprises? He says, ‘No. I want to understand it all.’ Well, alright, but don’t spoil it for me.”

At this point, Beland’s PR handler is doubled over in silent, hand-over-mouth hysterics. I briefly consider getting Beland to spill every last secret he’s held back on Splinter Cell: Blacklist while she’s distracted, but I decide this Minercraft story is better.

“He made a room in our house,” says Beland, sounding a little offended. “I was like, ‘You have a room? I want a room!’ So he made me one, but it was a bit smaller. Like one block smaller.” He nods to himself. “OK. All right. You wanna play?

“So he was off going somewhere, and I started digging up his room, and I went super-deep, you know? Like, fuck you! deep, right? I dig, I dig, I dig, and then he comes back. …” Beland dips into the monotone: “‘Ah, you suck.'”

“The next night, I log in,” says Beland. “My room has become our room. And it was decorated. There’s the two twin beds next to each other, with a little chest in the middle. And I’m like, ‘I’m not sure I’m comfortable with this! I’m going to take a screenshot, just in case.'”

“The next night, the beds were together. I was crying,” he laughs.