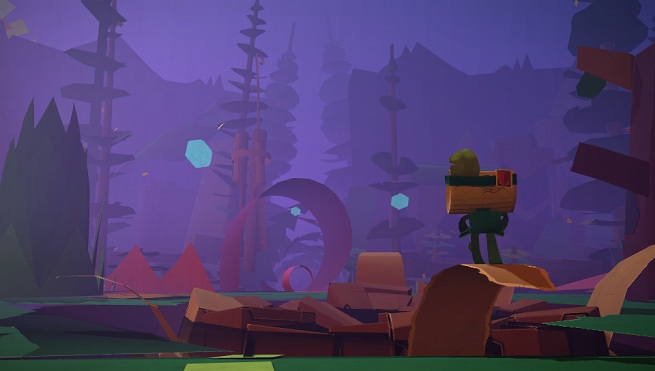 If you peel back the paper graphics of Tearaway, you will discover a digital love letter to a medium and art form. Everything in this upcoming platformer for the PlayStation Vita looks like papercraft (basically 3D objects made from cut and folded paper). As I learned during a recent preview of the game in Los Angeles, LittleBigPlanet developer Media Molecule is treating this theme as much more than a simple aesthetic. It extends to the design and development process, the properties of objects in the game, and even the way that crafty fans will experience the world of Tearaway at home.

The Media Molecule office looks a bit like a Tearaway diorama. It’s currently filled with real-life paper models of the game’s heroine Atoi, hero Iota, and other objects. They sit scattered on desks, hang off the ceiling, and occasionally fall onto the floor. This is because the team actually constructs all of the different flowers, trees, elks, wendigos (pictured right), and anything else that goes into Tearaway out of paper first. That way, they can study the movement and properties of each item before translating it into the digital space. 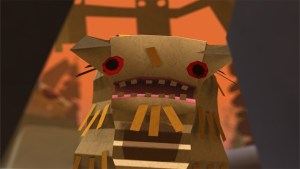 One of the programmers who engineered the system that the developer used to make Tearaway, is allegedly obsessed with paper these days (how it bends, folds up, and so forth). He helped adapt the properties of the medium to a special engine, so whatever goes into the game ends up looking and behaving as if it consists of paper.

Tearaway also has a wonderful, appropriate stop-motion flow to it. As Iota or Atoi jump through flowers, splash around a river, and knock over chunks of grass, the environment appears to move at an intentional, slightly choppy framerate. That — combined with the subtle shadows, scissor-cut edges, and crumpled textures of the rest of the Tearaway world — give the game a stunning lifelike charm that really pops. In a way, the arts-and-crafts vibe is also nostalgic as it echos back to elementary school.

Why did the developer choose to restrict a fantasy world by adhering to the rules of a physical medium? Game director Rex Crowle explained that it was necessary in order to realize the potential of this universe rather than just mindlessly slap artsy graphics onto some cliché 3D platformer.

“It’s easy to think that papercraft just means a low polygon count,” said Crowle, in regards to how other developers have approached this graphic style. “That looks cool, but they’re not really celebrating the properties of paper. They’re almost fighting against it! There are no curves. It’s all the imperfections; it’s the crumples, the tears. It’s the bits of glue that start to [get] unstuck. It’s all that stuff that we got interested in.” 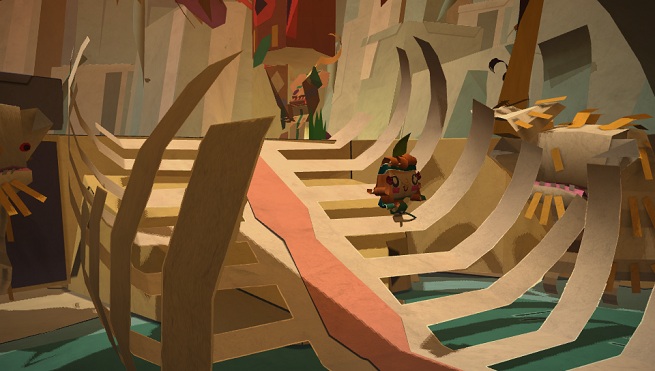 To help them understand the minutia of how paper-built things behave, the team consulted with a pop-up-book expert. They also found a wealth of knowledge from an unlikely source. Tom Kiss, a Media Molecule team member who normally works on web development and community engagement, was a closeted papercraft fanatic.

After Media Molecule showed off Tearaway at the 2012 Gamescom trade show, Kiss began re-making parts of the demo in real life at home. Once the team saw what he was doing, Kiss took on a bigger role. He now helps to create and tweak how each character or item looks as physical model, which then goes back into the game for added realism.

This transition also works both ways. “If you’re a papercrafter, you could take a screenshot and re-create it because the engine replicates the properties of paper,” said Kiss. “So, theoretically, everything in the game is buildable out of paper.” If that sounds a little too ambitious for you, don’t worry. Media Molecule plans to release printouts of interesting objects, heroes, villains, and more that fans can cut out and fold to life. 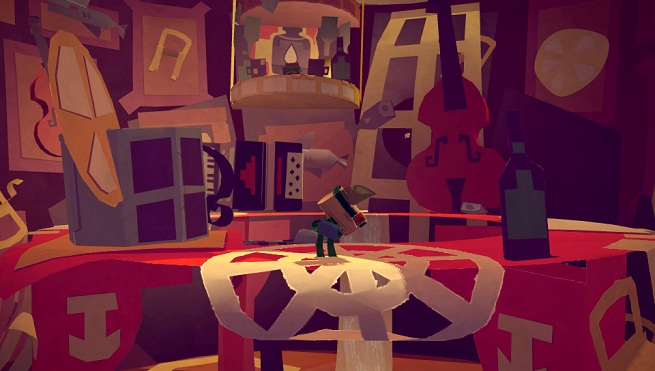 Aside from this do-it-yourself papercraft, though, is it not a bit ironic for a developer to pay such a thorough tribute to a physical medium on a purely electronic device?

“I feel like paper is sort of slowly disappearing a bit from our world,” said Crowle. “I really miss the smell of books, and opening the pages for the first time, the spine breaking, and all this sort of stuff. We just kind of want to celebrate this material a little more before it just disappears.”

If anything, Media Molecule is doing its fair share to keep a love of paper alive. Get ready to paste yourself into Tearaway when it arrives in stores later this year.