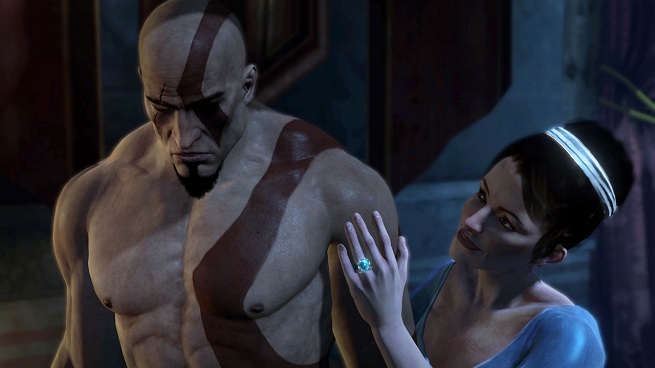 Kratos, the God of War, is more than just some mindless killing machine. The truth is, he’s angry for a reason — developer Sony Santa Monica plans to explore that theme and the warrior’s more compassionate side in the upcoming God of War Ascension for the PlayStation 3.

I played Ascension at a recent event in Los Angeles and learned that despite all of his rage, Kratos is actually capable of empathy (but apparently not smiling). His frustration might also have to do with some plumbing problems.

“There were people that we talked to after God of War 3 that were like, ‘I just didn’t like him!’ said game director Todd Papy. “They were like, ‘I love the game. I just didn’t like playing as him.’ It’s because he was so angry, and they felt like they couldn’t bond with him.” And so began the developer’s push to show a little more humanity for the God of War and venture into new territory with him as a character. 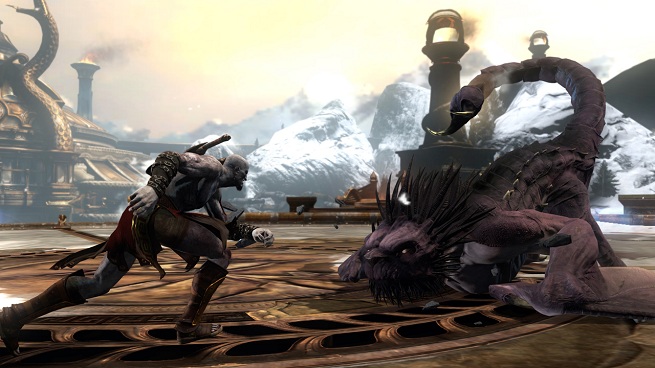 Ascension takes place a year to a six months before Aeres tricks Kratos into killing his wife and daughter along with the rest of their village. Through in-game cinematics, we see how he grapples with that loss. Kratos also makes a couple of compassionate gestures, like reaching out to a dying person and rescuing a man by shoving him out of the way of an incoming spear.

By the end of the journey, Papy says we’ll see Kratos show a little remorse for all of the killing and destruction he brings. Does this mean the chaotic God of War might even shed a few tears?

“We thought about it, and it was one of those things where it’s more about how do we sell those emotions but at the same time make him feel like the alpha male that he is. …” said Papy. Translation: No crying for Kratos.

OK, so he’s not too big on sorrow. But what about happiness? “We actually tried to make him smile, a full-on cheesy teeth smile … and it didn’t look right,” said Papy. “So it’s more of a smirk now.”

I suppose Kratos won’t be winning any acting awards for displaying a wide range of emotions. But for a guy who likes to mercilessly stab Cyclopes in the eye and rip beetle-men in two, it’s a start. 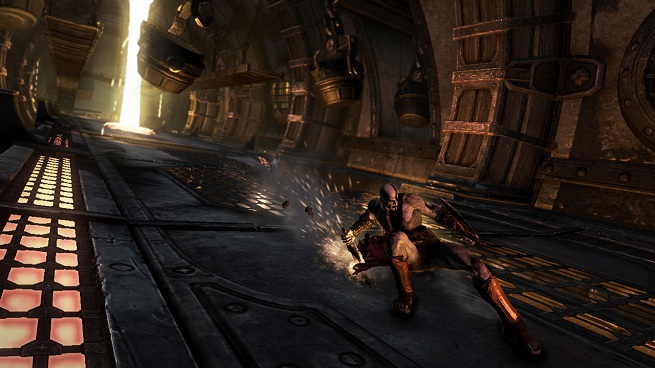 Besides, we all know what really makes a man a man, right? At least, I thought I did until the end of the introduction area I played, where Kratos made no attempt to hide his shame when flying through the air.

His skirt flew up, and I was shocked by what was (or rather wasn’t) underneath. Papy had a technical explanation for Kratos’ — ahem, shortcomings. “If we give it too much of a bulge, it’ll pop out with the skirt, and it just doesn’t look right.” Fair enough.

Then I asked lead character artist Patrick Murphy for the real reason Kratos has something in common with a Ken doll. “He’s just super-relaxed all the time. Nothing excites him!” And there you have it.

Fans, however, can get excited for God of War Ascension and its slightly more compassionate Kratos when it launches on March 12.