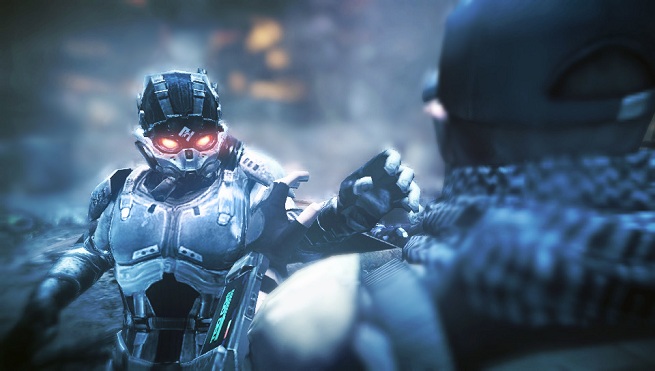 All that co-developers Guerrilla Cambridge and Guerrilla Amsterdam have to do is make Killzone: Mercenary pretty good, and it’ll be the best shooter on the PlayStation Vita. Considering the current lackluster crop of competition (Call of Duty: Black Ops: Declassified and Resistance: Burning Skies), setting the bar higher is the Guerrillas’ to mess up.

So that might explain why decisions the development team has gone with seem so safe, even at the expense of coming off a bit crass or off-putting. I got to play Killzone: Mercenary at a recent preview event in Los Angeles. I found that the generic private contractor heroes, the excessive monetization of every action, and the way that players can buy guns left me with mixed feelings. This game has a shot at the Vita shooter title belt, but is this really the best way to earn it? 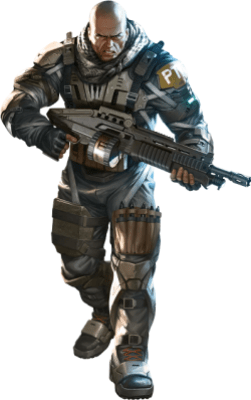 I couldn’t help but chuckle when I learned that one of the main characters in Killzone: Mercenary, Benoit, looks literally like every other buff, bald, white dude you’ve ever seen in a video game. I’ve seen jokes for years now comparing the uniformity of mainstream game heroes, but apparently that trope continues to be the safest bet.

Benoit and his buddy Arran Danner are private military contractors (PMC) with the firm Phantom, and they fight on behalf of the highest bidder (in this game either the ISA or Helghast). Their shtick is that they can do the things other soldiers can not or will not. I’m not sure what Geneva Conventions traditionally apply in hyper-violent first-person shooters, but whatever. This premise allows for a couple of badass killing machines for main characters, right? Guerrilla was obviously inspired by the most famous PMC company, Academi (formerly Xe, formerly Blackwater).

And that’s what’s off-putting. I don’t care to go into all of the details of Academi’s role in the Iraq war. Consider, however, how the group’s back and forth immunity status from Iraqi and U.S. law complicates the pursuit of justice for incidents like the shooting at Nisour Square, Baghdad, where Academi PMCs allegedly massacred 17 Iraqi civilians. Yeah, Killzone: Mercenary is suppose to be a mature-themed game, but turning guys associated with a real-life horrific atrocity like that into heroes just seems like an odd choice to me.

On the other hand, PMCs do make one of Killzone: Mercenary’s central mechanics possible. Since you play as a gun for hire, the game monetizes every bit of destruction you create. Shoot a Helghast troop in the chest, you’ll get some dinero. Pop one off in his face, you’ll get more. It’s a textbook example of what author and game designer Anna Anthropy describes mainstream games as being too often about: “men shooting men in the face.” I suppose a key difference in Killzone: Mercenary is you can also stab your enemies in the face using the Vita’s touch screen controls (and your employer will also pay you for doing this).

The game even dishes out dough based on your play style. If you make stealthy use of the sniper rifle or tear the place up with an SMG, you’ll end up with a fatter wallet.

I think this concept of paying the player to do what he normally would is quite strange. It’s as if the title’s target demographic is spoiled brats who have an undeserved sense of entitlement — kids who won’t do anything unless they get some cash for it. Of course tons of games quantify the player’s actions based on skill by offering up an arbitrary score or experience points. 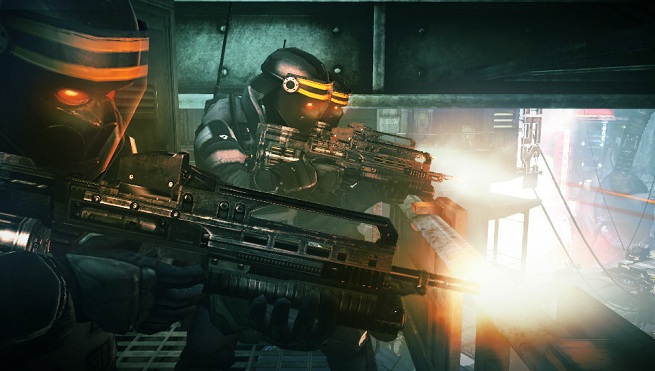 This particular constant stream of monetary (and mental) rewards and the sense of progression they create, on the other hand, seem to be driven more by a goal of getting the player hooked than adding to the actual gameplay. It brings back the sour taste in my mouth left by similarly designed mobile phone and browser games.

In this title, you spend the money, obviously, to unlock guns, weapons, and Van-Guard special attacks. You can also transfer over all of the currency you earn in the single-player campaign over to the multiplayer mode and vice versa. This way, you always should be in a position to better equip yourself and won’t have to feel like you’re starting over when switching modes.

In the demo I played, Arran Danner was able to buy guns from special chests provided by the arms dealer Blackjack. The shape and cute user interface of these unmanned weapon boxes are reminiscent of those seen in Borderlands. Though these armament self-checkout stations are nothing new, the timing is unfortunate.

The current political climate over gun control in the U.S. since the Newton, Conn. Massacre in December 2012 is pretty intense. One of the major issues is whether or not lawmakers should tighten the country’s relaxed laws towards buying a firearm (via background checks at gun shows and so forth) in an effort to keep them out of the hands of dangerous people.

To have a station where anyone can walk up and easily pick up some serious firepower using a friendly, inviting purchase screen almost seems cynical. I don’t think this is the intent of the developer, but it can certainly come off the wrong way. 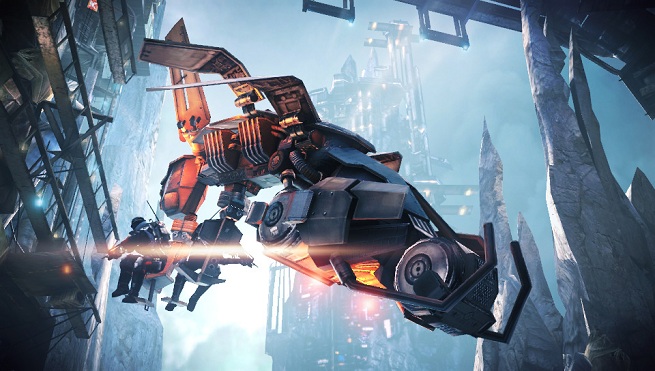 Despite my qualms, I did come away impressed with Killzone: Mercenary’s graphics and fluid twin-stick controls on the Vita. Those two things combined with a 6-8 hour single-player campaign and a robust multiplayer could be enough to prevent the game from associating with its portable shooter contemporaries. I just hope that the Guerrillas think out some of these other elements a bit more to give Killzone: Mercenary a better fighting chance when it releases on September 17.