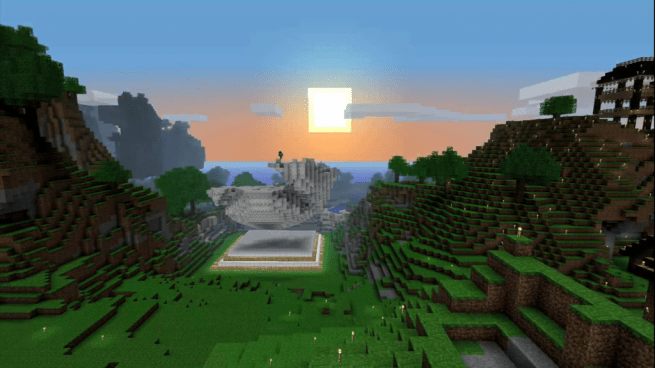 That money came from sales of the building-block game on PC, mobile phones, and Xbox 360. Minecraft developer Mojang brought in a total of nearly $240 million.

“It’s weird as fuck,” Persson wrote in a post on content-aggregation website Reddit. “I grew up in a relatively poor family, but once I got a decent job, I never really had to worry about money. My hobbies were playing games and programming, so there wasn’t any real drain. I could eat out when I wanted to, and go to the movies without having to save up for it. I still had to save up for trips and to be able to buy computers or consoles, but that just felt normal.”

Naturally, that all changed when his simple indie game became a breakout hit over the last few years.

Minecraft is a phenomenon. The game surpassed 1 million purchases in 2011 and continues to gain momentum. Most million-selling games do the majority of their sales in the first few weeks of release. It’s a testament to the appeal of Minecraft that the game sold a bulk of its 20 million total in 2012.

“Now, all of the sudden, as a result of how modern society works, I managed to somehow earn a shit-ton of money,” said Persson. “I still like playing games and programming, and once I had the latest computer and consoles, there really isn’t much more to spend the money on than traveling. I might eventually get a driver’s license so I can buy a car.”

Persson lives in Stockholm, Sweden. That’s where he grew up, and it is the location of Mojang’s headquarters.

He hasn’t worked on the day-to-day programming and designing of Minecraft since December 2011. Persson is currently working on a new game obtusely titled 0X10c.

Not much is known about 0x10c. It is a sandbox space game where players make their own fun. Although, the developer did reveal how to pronounce the game: Ten-to-the-see.

If you say so, Notch.

“I think the right way to use money like this is to set a decent portion aside to make sure my family is comfortable, spend some on living out your dreams, and then try to put the rest toward making society a better place,” he wrote. “For me, this includes charities that help children, and charities that help promote freedoms I think are vital in the coming dozens of years, such as the Electronic Frontier Foundation.”

And since he has all the games he could want, what is he trying to play right now?

“Actually, I’m trying to play Ni No Kuni,” he wrote.