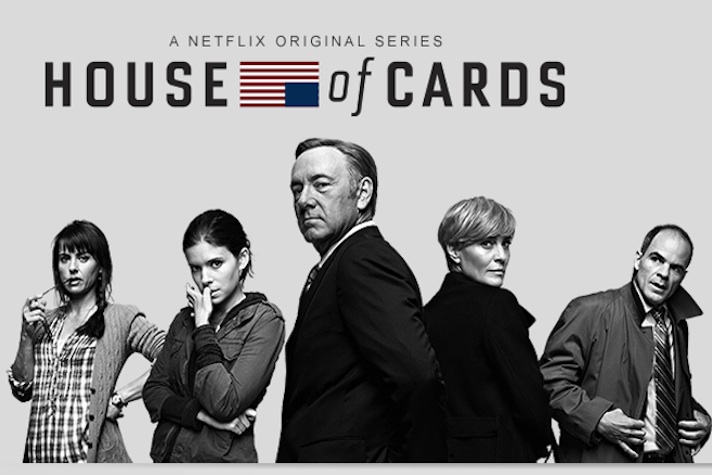 At first glance, it may seem odd that Netflix chose to premiere its first huge original show House of Cards today, leading into Super Bowl weekend.

Not only is the Super Bowl championship game one of the most watched live events in the entire world, but it also gobbles up attention for most of the day with pre- and post-game analysis programming. Most of the major networks treat Super Bowl Sunday as if it were a holiday, delaying new episodes of their scripted and broadcast shows to avoid an audience ratings decline.

But clearly Netflix isn’t scared the big game will prevent people from watching House of Cards. And that’s despite reports from Sandvine showing a 40 percent drop in Netflix streaming usage compared to an average Sunday evening/night during last year’s Super Bowl. Part of its lack of fear might have to do with all the other TV networks playing reruns or deferring regular content until next week — meaning House of Cards might be the only great piece of TV worth watching on Sunday for those not watching the game.

House of Cards has been getting glowing reviews from critics as well as tons of positive comments from Netflix subscribers via social media today. The show, which comes from the minds of director David Fincher and actor/producer Kevin Spacey, is a Washington D.C. political drama about corrupt congressman Francis Underwood (Spacey), who will stop at nothing to become President of the United States.

Netflix, which has promoted the show’s trailer on its streaming service for weeks, is releasing the full 13-episode season today. That’s a sharp difference in strategy from the cable networks, which make their audience wait 13 weeks to finish a story, one hour at a time. 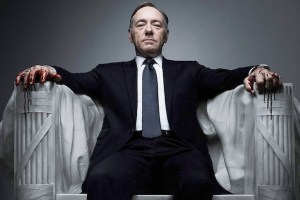 And if the allure of a hot new show isn’t enough to bait people into checking out the new show between now and Sunday, the company is streaming the first episode for free on its website. Also, Netflix has partnered up with Microsoft to provide free access to its app on Xbox Live all weekend long (meaning access to all the episodes, son!). This is interesting because the “free weekend” is a promotional tactic commonly used by premium cable channels like HBO and Showtime to gain new customers.

It’s likely that Netflix subscribers (and those participating in the Xbox Live free weekend) won’t have time to finish the entire 13-episode run between now and Super Bowl kickoff. But, if House of Cards lives up to the buzz from critics (and it should), Netflix may end up seeing a nice usage boost beginning Monday — and a crop of new subscribers.

Theoretically, any boost in subscribers that can be attributed to House of Cards should play well with investors — especially since the company isn’t expecting the show’s debut to have an immediate impact on growth, Netflix chief exec Reed Hastings told analysts during last week’s Q4 earnings call.

We’ve reached out to Netflix for comment about the Super Bowl’s impact on streaming usage. And as always, we’ll updated this post with any new information when and if we hear back.

Will you be watching House of Cards this weekend? Let us know in the comments.