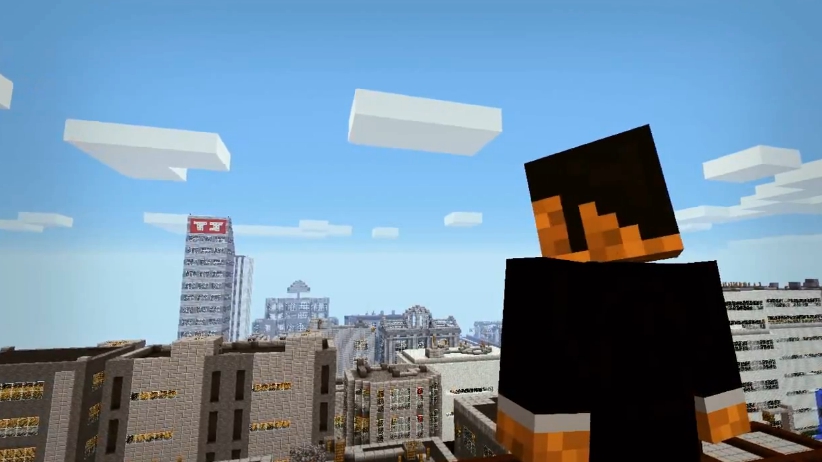 Reckon you can wait 8 months for Grand Theft Auto V? Developer Rockstar thinks so. We’re not so sure.

But don’t just sit and watch the GTA V trailers endlessly while you wait for that pesky summer sun to come and go. Watch these eight fan-made alternatives instead, created using Minecraft, Lego bricks, Battlefield 3, old GTA games, and the real-life streets of Rio De Janeiro. Heck, one even showcases Super Mario’s bad-ass side.

And remind yourself that it’s only 200-odd days until GTA V’s Sept. 17 launch. Just long enough to listen to that gravelly voice-over another 264,000 times (or thereabouts).

It’s wonderfully endearing to watch highly trained military personnel shuffling around masquerading as female passersby. This homage to Grand Theft Auto V’s first trailer must have been a blast to make.

Trailer one was a tough act to follow. This one beats it hands down, with the masterful use of an EOD [bomb disposal] bot as a rottweiler just over a minute in. The tank train is a stroke of genius, too.

I hate to think how long it took to re-create the GTA V trailer in stop-motion, using only Lego bricks, in this entry for YouTube channel Machinima’s Interactive Film Festival. Probably not far off eight months.

Much darker than the other videos featured here, this fan-made film really captures the dichotomous nature of life in Brazil’s capital city. Those are some mean streets.

Re-creating a 2012 trailer with a game engine from 2004 is a tough task. This trailer makes it look easy, though, with San Andreas-era Los Santos ably standing in for its modern-day likeness.

This piece of work really showcases the progress that Rockstar has made, in terms of visuals, in the time between Grand Theft Auto IV and Grand Theft Auto V. It sure makes for an interesting comparison.