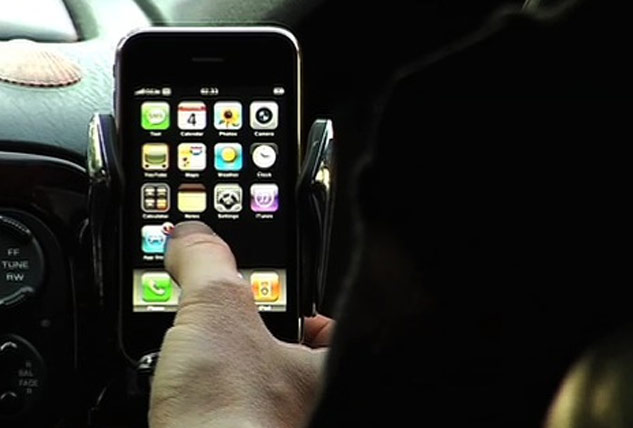 More than a quarter of global internet traffic on mobile devices went through Apple devices as Apple led all mobile vendors for the first time in January 2013, according to web analytics company StatCounter. Nokia, which had been tops with 37.67 percent in January 2012, dropped to third as Samsung also broke past the declining Finnish company.

But in spite of its strong showing, it’s not all sweetness and light for Cupertino. Apple’s share is not growing — anymore — so much as Nokia’s is falling.

“It’s good and bad news for Apple,” Aodhan Cullen, CEO of StatCounter, said in a statement. “Apple has been handed the number one spot despite its falling usage share. A decline in Nokia usage from January 2012 to January 2013 means the Finnish company ceded the top spot to Apple.” 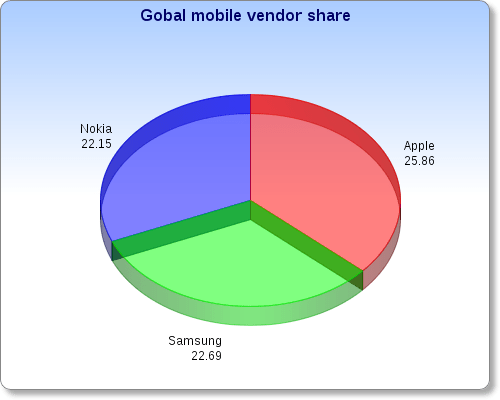 Who really is growing?

Well, public enemy number one from Apple’s point of view — the company that Apple legal has been almost exclusively focused on for the past couple of years — Korea’s Samsung.

“Samsung, in contrast to Apple, has seen an increase in its usage share since January 2012,” Cullen added.

StatCounter, which is used on over three million websites and sees 15 billion web pageviews a month, the company says, does not count tablet web traffic in its mobile internet stats, only phones and pocket-sized mobile devices like iPod Touches.

That hurts Apple, which has traditionally had stronger share in the tablet market than it does in the smartphone market, since iPads so very frequently absolutely dominate the web traffic share stats for tablets. In fact, one study in December said that for every 100 web pageviews on an iPad, a Kindle gets 5, a Galaxy gets 3, and a Surface gets 0.22.