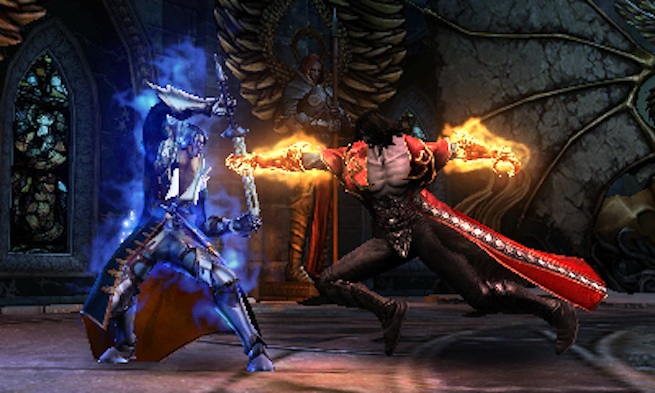 Simon Belmont is not an easy guy to impress. After fighting countless numbers of the undead, you think he’d be happy to find a magical blue orb that could help him on his quest. But the red-headed warrior just lets out an audible “Hmph!” as he throws the object over his shoulder without a second thought.

It’s a small touch of humor for a game — at least in the first hour or two that I played — that otherwise revels in the blood and gore of your fallen enemies.

It’s slightly confusing. But the only thing you really need to know is that vampires are bad and the Belmonts are (mostly) good.

A Belmont with attitude

“One of the things that we felt about Lords of Shadow is we’ve taken things a little too seriously,” said Mirror of Fate producer Dave Cox. “And we miss some of the humor that perhaps the series has had. We didn’t want to do it in a kind of obvious way. We wanted to be more subtle. We thought, ‘Let’s not take ourselves too seriously. Let’s have some fun.'”

Mirror of Fate’s Simon Belmont is the living embodiment of this newfound spirit. Though a burly man, Simon is able to perform great feats of strength and speed in combat. His trusty whip can attack enemies in front of him (with the Y button) or around him (with X). He can roll out of the way quickly and block weak attacks. If timed correctly, these blocks turn into counters that temporarily leave your enemy stunned. 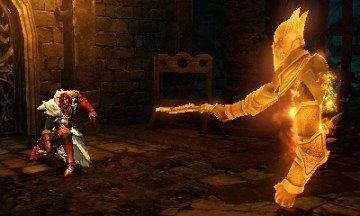 Stunning an enemy opens up your throw attacks (right trigger), which differ depending on what you’re fighting. In the demo, I made Simon uppercut skeletons — who will taunt you with their bony fingers if you take too long to act — and snap the necks of lizard-like creatures. More complex combos unlock as you level up.

Though the combat looked flashy, that doesn’t mean it’s a cakewalk — Simon can only take a handful of hits before he’s on the brink of death. I found this out the hard way during a miniboss encounter with the staff-wielding Night Watchman (pictured in the gallery below), who effortlessly wiped my life bar away as I fought him head-on. So I switched to a hit-and-run tactic, attacking him once or twice before I rolled away to safety. I won with just a sliver of health left.

Just because Mirror of Fate cuts loose in some areas doesn’t mean it loses the charm of previous Castlevania games. Due to the reboot, the developers now have a chance to tweak and expand upon the fiction in meaningful ways.

“[The story] has always remained a focus of the game,” said Cox. “That idea is just having the relationship between the Belmonts and Dracula explained. That’s something that — especially as a player of my age who grew up with the original games — was really Belmont gets Dracula, kills Dracula, but why? What’s going on there? What has happened? We’ve kind of taken the premise of it being a blood feud, and we’ve built upon that so the fate of the character — the fate of Gabriel’s decisions in Lords of Shadow — affect his son. And what Trevor does affects his son [Simon], and it’s kind of like through the ages, it’s kind of this blood feud that snowballs and snowballs and snowballs.”

It’s going to take some time to absorb it all, as you won’t understand the entire story by just finishing it once. You start off Mirror of Fate with Simon, then you’ll play as the half-vampire Alucard, and then as Trevor. Each playthrough will unlock different cutscenes that explain the character’s role in the tale.

“It’s not until the very last scene of the game that everything falls into place in terms of story,” said Cox. “It’s a bit like [the Christopher Nolan film] Memento, I suppose.” 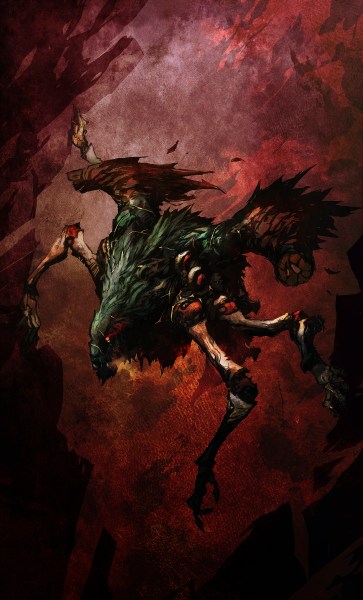