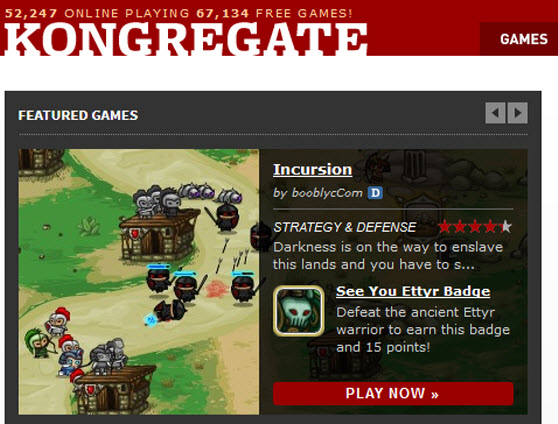 The world’s biggest game retailer is building more bridges into the digital realm, as GameStop‘s Kongregate division announced it’s investing $10 million into mobile game developers. Like other companies that are expanding from the web to mobile, GameStop and Kongregate are using a familiar tactic: buying the love of developers for its platform.

The new mobile gaming initiative will provide financial assistance, consulting services, and marketing support for developers that create free-to-play mobile titles for Kongregate’s platform. GameStop will promote the mobile games across its network. That’s a big deal for developers, since more than 500 million people walk into GameStop stores every year. Mobile game discovery is still one of the thorniest problems that small developers face, so exposure on GameStop’s network could be as important as its cash.

GameStop also announced that former Zynga executive Pany Haritatos has joined Kongregate to head the mobile games unit. Haritatos, who has eight years of mobile and web gaming experience, will lead Kongregate’s in-house game development on top of running the mobile game division. Kongregate’s business is mostly on the web, but like other companies, it sees riches in mobile gaming.

“Developers are increasingly finding it harder to get their games discovered through the different app stores,” said Haritatos. “I personally faced these challenges in 2009 while managing my own game studio. Utilizing the Kongregate platform made my games successful, which ultimately led to my studio being acquired by Zynga.”

In an interview with GamesBeat, Haritatos said noted the big shift from web to mobile.

“Even though Kongregate is growing dramatically on the web, it’s clear our players want to bring the same experience to mobile devices, and developers are asking for our help,” Haritatos said. “The fact is that there are hundreds of developers trying to get into mobile but they cannot compete with those that are in mobile now. They need to get their games in the hands of core gamers, but there is no easy way for them to do that.”

San Francisco-based Kongregate appeared in 2006, an effort from brother-sister founding team Jim and Emily Greer. They sold it to GameStop in 2011. Kongregate has more than 15 million monthly unique visitors who play games for 28 million hours a month.

In an interview, Jim Greer said that in the early days of mobile games, it was like a gold rush, where anybody could get lucky.

“But now it requires a bigger investment,” he said. “We can operate a distribution channel across our properties. We don’t have to just hope that Apple features us. We can spend marketing dollars. On top of that, Kongregate has seven years of trust and we have a positive, developer-facing brand.”

Emily Greer said, “Free-to-play is hard. Having a partner who understands it is important.” She said that Kongregate intends to get a return on investment. In contrast to other companies that operate mobile investment funds, Kongregate isn’t just trying to get developers to use its tools, Jim Greer said.

“We are tightly aligned with what the developer wants,” Jim Greer said.

GameStop is relaunching a mobile app with new functions for developers to get their games discovered by up to 22 million GameStop PowerUp Rewards members.